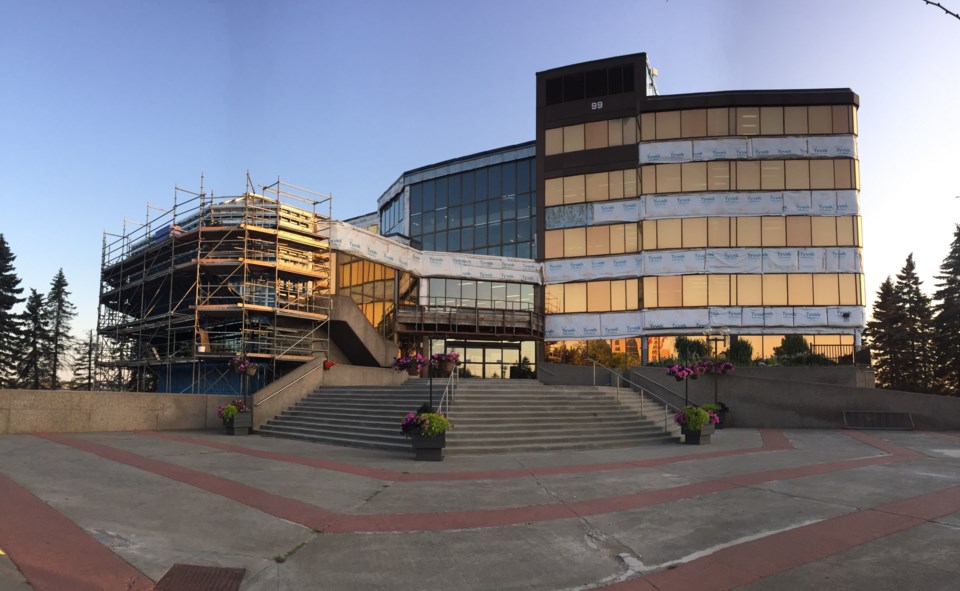 Work on Sault Ste. Marie's Civic Centre will be ongoing until the end of 2019. (Dave Helwig/SooToday.com)

The anticipated completion of the $6.9-million project to reclad Sault Ste. Marie’s Civic Centre is now scheduled for the end of the year.

The project, which began in June, 2018, is being overseen by general contractor Cy Rheault Construction of Timmins.

According to Don Elliott, the city’s director of engineering services, the original timeline called for the work to be complete by the end of the June; however, delays by a subcontractor have led to an extension of the project.

The subcontractor has been replaced and work is back on track.

"Due to initial concerns with the speed at which the project was progressing, the contractor changed to a new subcontractor who has been working onsite for several weeks," Don Elliott, director of engineering services, told SooToday.

"Anticipated contractor-scheduled completion is by year-end.”

The replacement of the exterior aluminum panels and windows on the 45-year-old building was recommended in 2014 as part of an engineer’s report, which found the aging envelope was leaking water and causing penetration issues.

In the report, the engineer recommended the work be done no later than 2018. The city is debt-financing the project.

The new cladding will be comprised of aluminum-plastic composite panels along with new seals on the windows, and a white-grey colour combination will replace the current gold colour scheme.

– With files from Dave Helwig, SooToday.com.