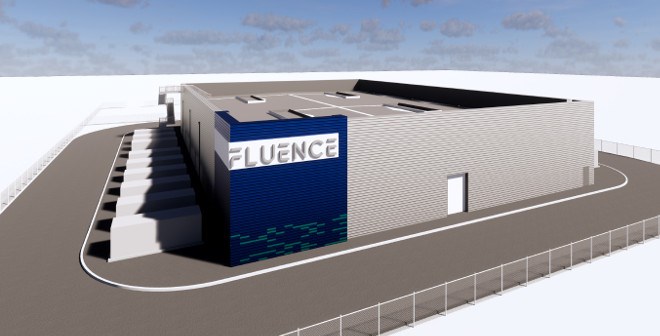 A new energy savings project being launched by Public Utilities Commission (PUC) Services is estimated to save commercial customers up to $5 million a year in Sault Ste. Marie.

In August, the municipally owned PUC announced it was moving forward with the $100-million Customer Energy Management (CEMa) program. In partnership with the global energy storage company Fluence, PUC is constructing a 45-megawatt energy storage facility that promises to lessen costs for business customers, reduce greenhouse gas emissions, and model new energy-storage technology for other communities.

It will be the largest project of its kind in Canada.

Rob Brewer, CEO of the local energy distribution company, said the idea for the project originated about two and a half years ago as a way to help commercial customers reduce their rising energy costs. But at the time, the nascent technology still required fine-tuning to become economically viable; namely, the lithium-ion batteries that store generated power were still too pricy.

Technology has advanced, however, and the cost has come down, improving the economic model.

“We’re in a position whereby, helping to shape provincial peaks, we can use the cost differential to allow our commercial customers to benefit to the tune of about $3 million to $5 million a year, which, over the course of the project, is almost $100 million,” Brewer said.

“So it’s a very significant thing for our local economy, and we’re of course very, very happy to be able to bring it to them.”

Surplus energy generated during off-peak times (such as at night) will be stored in a giant lithium-ion battery. Then, when more energy is needed, the battery pumps that energy back into the system.

Because that energy is generated by renewable methods, such as hydroelectric, nuclear and wind projects, no carbon emissions are produced as a result of that power, Brewer noted. That means the project will annually save close to 32,000 metric tonnes in carbon – or, the equivalent of 6,800 cars.

“So just by doing that and taking through the middle of the night when we have surplus and bringing it back in when it’s more needed at peak, it’s a very significant cost savings,” Brewer said. “But it’s also very significant carbon savings, which is something that this area has certainly been a leader in.”

When up and running, CEMa is expected to help reduce energy costs for about 3,000 commercial class customers, Brewer said. That includes hospitals, post-secondary institutions, shopping malls and extended care homes.

The project also aligns nicely with the PUC’s plan for a Community Smart Grid. Smart grids integrate new technology into the electric system to help it better control the voltage being delivered to customers, resulting in higher efficiency and a four per cent energy savings on their energy bills.

It will additionally give the PUC the ability to “self-heal” in the case of a power outage. Instead of widespread power failure, for example, outages can be isolated to reduce the number of people without power, including critical infrastructure such as the police station, the hospital, and nursing homes.

“We can provide them power in the case of a widespread outage and it allows us to keep critical infrastructure up and running regardless of what the situation is outside of us, which allows for some benefits to some of those facilities,” Brewer said.

Infrastructure for the CEMa project will be located on two parcels of land – one in the city’s east end and one in the north – with the land deal expected to be complete by Oct. 31.

The project will be financed in part by Fluence and private partners. Any remaining financing will be covered through the savings from energy generation.

Brewer was confident that construction would get underway this fall, and at least a portion of the project would be up and running by May, 2019.

Savings realized through CEMa mean that business owners in the Sault will pay lower utility costs than anyone else in Ontario, Brewer added. He believes that will not only create a competitive business environment to attract new businesses to the Sault, but serve as a model for other communities.

“It’s definitely a scalable project and we think it likely will scale both locally here and elsewhere,” Brewer said.

“We have an opportunity here really to prove the model for the province, to show the benefit in terms of shaving the peak, and what it will allow us to do is to potentially move that into other jurisdictions that can accomplish the same thing.”