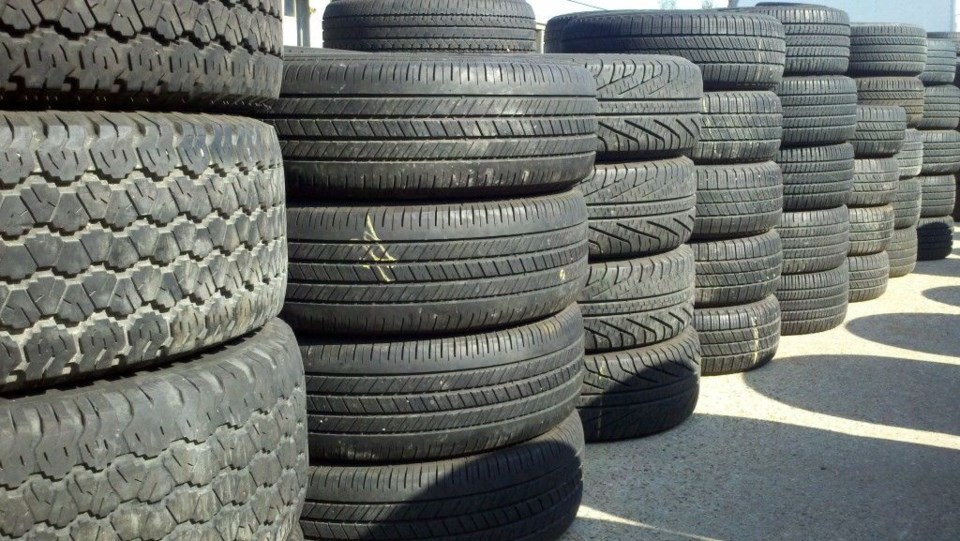 Fined two years ago for violating Ontario's Environmental Protection Act, a Sault Ste. Marie company that recycles tires near Algoma Steel is applying to double the quantity of tire waste it microwaves there.

Ellsin Environmental Ltd. has served notice it wants to increase the daily maximum amount of tires it's allowed to thermally treat at 155 Yates Ave. from 10 tonnes a day to 20 tonnes a day.

If successful, Ellsin's application to the province will expedite the approval process for its production increase by exempting it from requirements of the Environmental Assessment Act.

It's arguing that potential environmental effects from doubling its Sault production are similar to effects from its existing 10-tonnes-a-day facility, seeing there'll be no new infrastructure and the facility size will remain the same.

If the application is approved, Ellsin will still need amendments to its existing air and waste environmental compliance approvals.

In 2019, the company was convicted of two charges related to altering a waste management system without ministry approval and failing to submit reports within the required time frames.

"Ellsin’s Sault Ste. Marie site is located in an industrialized area near Algoma Steel and its operation is already regulated by several permits and approvals, including environmental compliance approvals for air, noise, and waste," says a provincial notice of the new application.

"The ministry recognizes that Ellsin completed an assessment of environmental effects from the operation of a commercial facility treating 20 tonnes per day of tire waste in 2018 as part of an environmental screening process. Given this previous work, an exemption from additional environmental assessment requirements is being proposed."

Potential environmental effects listed in the notice are associated with:

"EWS will retain a 30 per cent ownership interest in the plant and receive a royalty in perpetuity on the revenue generated from the sale of valuable commodities produced from its environmentally friendly tire recycling process," EWS said in a news release.

"The $7 million will be used to expand and modernize the plant utilizing EWS's latest technology. In exchange for the investment in Ellsin, Torreco will also be granted the right to build three additional waste tire facilities in Ontario over the next five years if it meets certain conditions."

"After investing $7 million, Torreco will own 70 per cent of Ellsin. The construction will require certain regulatory and legal approvals, and there can be no assurances that the entire $7 million will be invested," the news release stated.

Researchers seeking feedback on tourism in Algoma
Apr 5, 2021 9:00 AM
Comments