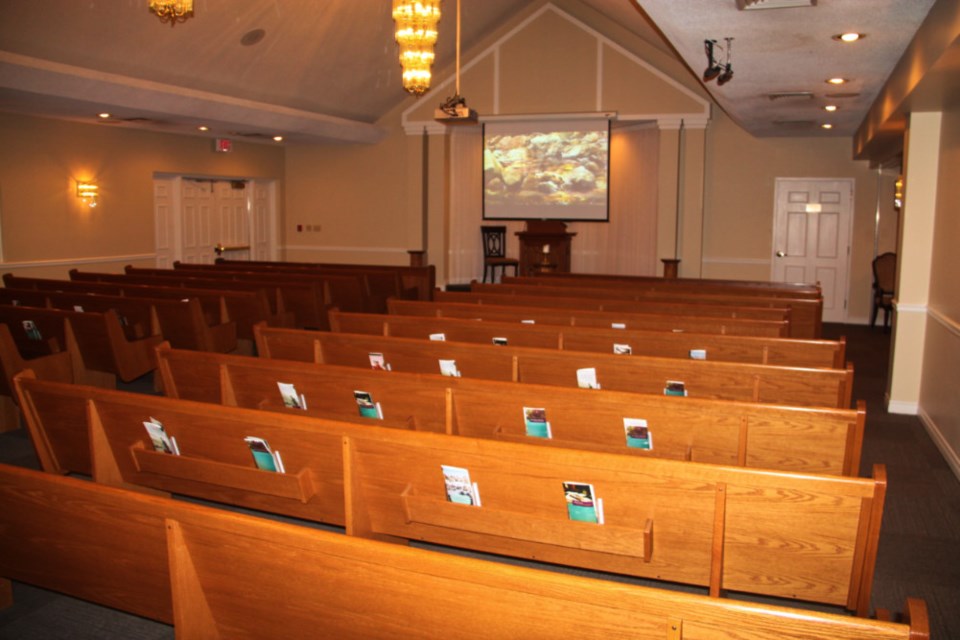 Arthur Funeral Home in Sault Ste. Marie is still very much in business during the ongoing COVID-19 pandemic, but it will be tweaking its approach by using its live webcasting capabilities as an option for funeral services at Barton and Kiteley Chapel.

General manager Joni Cooke says that online streaming of funeral services – which the home has offered over the past few years – could be more important than ever, given new, provincial restrictions on public gathering and events.

“Of course in a case like this, it can certainly come in very handy for people that still want to celebrate a life and have some sort of service,” Cooke told SooToday. “They maybe can limit it to their private or immediate family, but yet still have it available to the public so that they can participate in the comfort of their own home at their own convenience.”

“That’s something very positive that we’re able to offer to people.”

The webcasting service is also available on demand, where users can watch a replay of the funeral service if they’re unable to watch it live via the funeral home chapel.

The family is also provided with a keepsake hard copy of the funeral service.

“Any services that we host in our chapel at the funeral home are actually live taped, so it’s all via an access code,” said Cooke. “The family can either pass that off to whoever they like, or if they want it published publicly, then we’ll be able to include the actual access code into our obituaries.”

A similar business, O’Sullivan Funeral Home, announced on its website that it’s limiting its funeral services to "private and immediate family only" in light of ongoing COVID-19 concerns.

Owner and funeral director Lisa Damignani tells SooToday that the funeral home will also include a live stream service.

"As of this morning, due to new updates and closures we are going to ask that any visitation or services be private and immediate family only," reads the updated notice on the O'Sullivan Funeral Home website. "We will be able to live stream the service at no charge."

“Up until this point, we haven’t had a situation where a family has either expected a large crowd,” she said. “The funeral has to obviously be in our chapel, but with the churches now, most of them closing until further notice, they’re not having services at the churches and whatnot, so with that being said, possibly more people will say, OK, we do need to have this at the funeral home.”

“We haven’t used one for the COVID-19 yet, but our hope is that certainly in the near future, as families are making their funeral arrangements, they’ll know that it is available to them.”

Arthur Funeral Home tells SooToday that it’s willing to work with families in order to make its webcasting service affordable for families going through financial hardship.

They've also said that they will ask that any visitation or service be private and immediate family only.