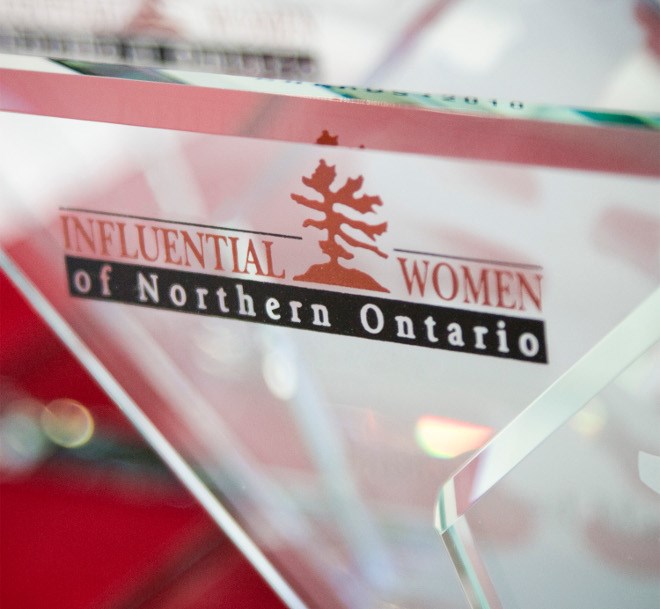 The Influential Women of Northern Ontario Awards (IW) shifted to Sault Ste. Marie for the second of two ceremonies to honour 13 women who are instrumental figures in their home communities and the region.

The winners from northeastern Ontario were revealed during a luncheon at the Quattro Hotel and Conference Centre, May 30.

The award winners for northwestern Ontario were announced May 27.

The Northeast winners are:

Tradeswoman of the Year: Vicki Grant, an electrical apprentice with Ionic Engineering of Sudbury (Sponsor: Quattro Hotel and Conference Centre)

The IW program was launched by Northern Ontario Business in 1997 as a way to acknowledge the outstanding accomplishments of women who are making a difference in their communities and contributing to the region’s economic success.

More than 300 remarkable women have been recognized since the program’s inception and the roster of award winners continues to grow with two award luncheons.

“What a remarkable group of women we are honouring this year,” said Northern Ontario Business publisher Abbas Homayed. “Their accomplishments demonstrate the hallmarks of true community leaders. We extend our sincerest congratulations to all the deserving winners for 2019.”

Northern Ontario Business extends its gratitude to events sponsors, the City of Thunder Bay and the City of Sault Ste. Marie, the judges and award sponsors.

The winners' profiles and photos will be posted shortly on the IW website after the awards at www.influentialwomen.ca.