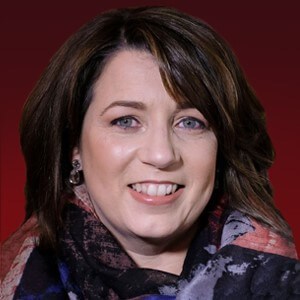 Natalie Kinloch has been appointed for a five-year term as the new CEO of the Federal Bridge Corp. Ltd., which owns and operates the Sault Ste. Marie International Bridge. (Supplied photo)

Natalie Kinloch has been appointed to a five-year term as the new chief executive officer (CEO) of the Federal Bridge Corp. Ltd. (FBCL).

The FBCL owns, manages and operates the International Bridge in Sault Ste. Marie, which connects the Ontario Sault with its twin community of Sault Ste. Marie, MI, and is a key transportation corridor for recreational and commercial traffic.

The corporation's mandate is to provide the highest level of stewardship so that its international bridges and associated structures are safe and efficient for users.

Since joining the organization in 2009, Kinloch has served in several senior roles, including as chief financial and operating officer.

Previously, she has held a number of senior-level positions at the National Capital Commission.

Kinloch replaces Micheline Dubé, who is retiring from the position.

Popular Sault tourist attraction delays 2020 season
May 7, 2020 3:00 PM
Comments
We welcome your feedback and encourage you to share your thoughts. We ask that you be respectful of others and their points of view, refrain from personal attacks and stay on topic. To learn about our commenting policies and how we moderate, please read our Community Guidelines.