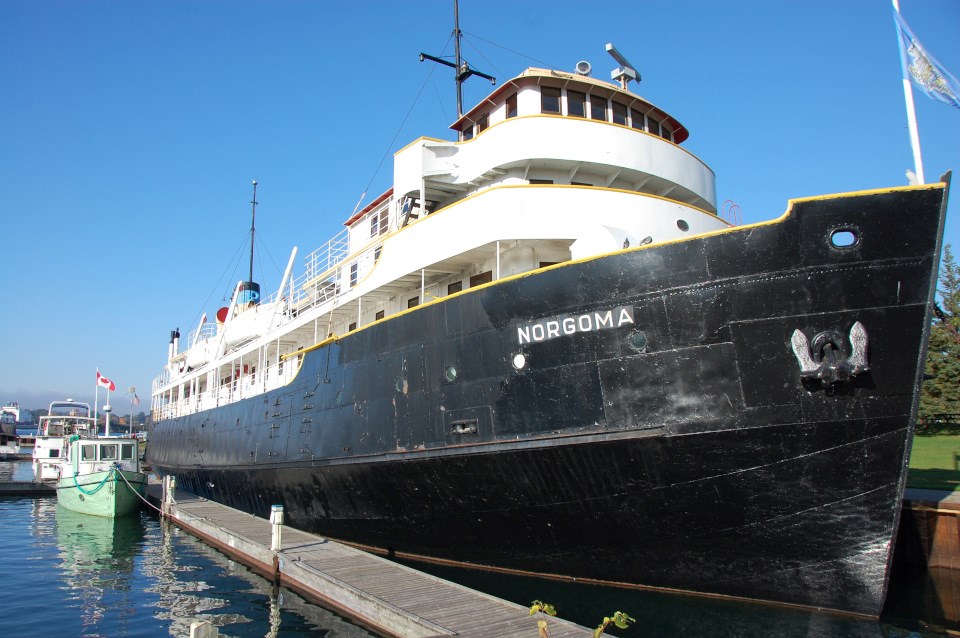 The Norgoma docked at Bondar Park in Sault Ste. Marie in 2014 (File photo)

A former floating museum on Sault Ste. Marie's waterfront might have a new home in a southern Georgian Bay community.

The City of Sault Ste. Marie has signed an asset purchase with Tobermory Real Estate Investors Inc. to move the museum ship Norgoma to Tobermory harbour.

The real estate group will be responsible for the towing costs to relocate the ship from its current berth at a private shipyard near Algoma Steel.

Should the potential new owners not conclude the sale agreement, municipal staff will continue their search for other buyers.

"The relocation of the M.S. Norgoma to Tobermory, ON with Tobermory Real Estate Investors Inc. would a positive outcome for the City," wrote community development and enterprise services deputy CAO Tom Vair in a report to city council for the July 13 meeting.

"It delivers on council's decision to find a new home for the vessel and also avoids the potential expense of decommissioning the vessel. Further, it provides an opportunity for the vessel to remain in one of the communities it previously served."

The report provided no details when the sale would be concluded or when the ship might be moved.

During its sailing days, Norgoma and its sister ship, the Norisle, provided car ferry service between Tobermory on the Bruce Peninsula and South Baymouth on Manitoulin Island until being replaced by the Chi-Cheemaun in 1974.

Prior to that the Norgoma was a passenger and package freighter serving shoreside communities between Owen Sound and Sault Ste. Marie through the 1950s and early 1960s. It was towed to the Sault in the mid-1970s to serve as a city-owned tourist attraction until ownership was transferred to a charity group in the early 1980s.

The 70-year-old ship was removed from its Bondar Park berth in June 2019 and towed to the Purvis Marine site near Algoma Steel after a long-running contentious community debate between marine heritage enthusiasts and those who viewed it as a money-losing eyesore.

The municipality has been paying the $40 per day dockage fee since last year while staff looked for a buyer.