The federal government will provide $5.3 million over three years so the Algoma Central Rail (ACR) passenger service between Sault Ste. Marie and Hearst can continue. The announcement was made on April 1.
Apr 1, 2015 2:19 PM By: Northern Ontario Business Staff 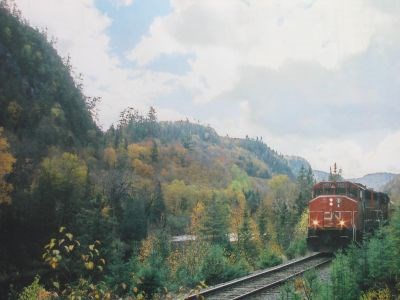 The federal government will provide $5.3 million over three years so the passenger rail service between Sault Ste. Marie and Hearst can continue. (PHOTO SUPPLIED)

The federal government will provide $5.3 million over three years so the Algoma Central Rail (ACR) passenger service between Sault Ste. Marie and Hearst can continue.

The announcement was made on April 1. CN, the current operator of the train, said it would cease offering the service as of April 1, after Transport Canada announced last year it would no longer provide the subsidy to keep it going.

According to a government news release, the City of Sault Ste. Marie will receive federal support for three years for the continued operation of the passenger rail service.

This would allow Railmark, the proposed operator, to demonstrate its ability to deliver on its business plan. A review will be carried out at the three-year mark to determine if additional funding is warranted.

“The Harper government is pleased to provide funding over the next three years to maintain operation of the passenger rail service between Sault Ste. Marie and Hearst,” Sault MP Bryan Hayes said in the release. “We thank the Central Railway Passenger Service Stakeholder Working Group for their extensive study, as this funding will give the City time to put in place a long-term solution for passenger rail service in the area.”

Comprised of area stakeholders and led by the Sault’s Economic Development Corporation, the working group was formed to look for solutions to keep the passenger rail line operational. The federal government later issued a one-year, $2.2-million funding extension with a deadline of March 31, 2015. Railmark Canada Ltd. was chosen as the prospective line operator following a request for proposals process.

Based on an economic impact assessment from BDO Canada, the ACR passenger service currently generates between $38 and $48 million in annual economic activity, supports more than 200 jobs, and generates more than $5 million in tax revenue each year.

With Railmark’s expansion plans for the ACR, these numbers are expected to increase considerably. The discontinuation of the rail service would result in a significant loss of these current and future benefits, along with and an additional one-time impact on the values of properties located on, or in close proximity to, the rail line in an amount between $60 million and $67 million.