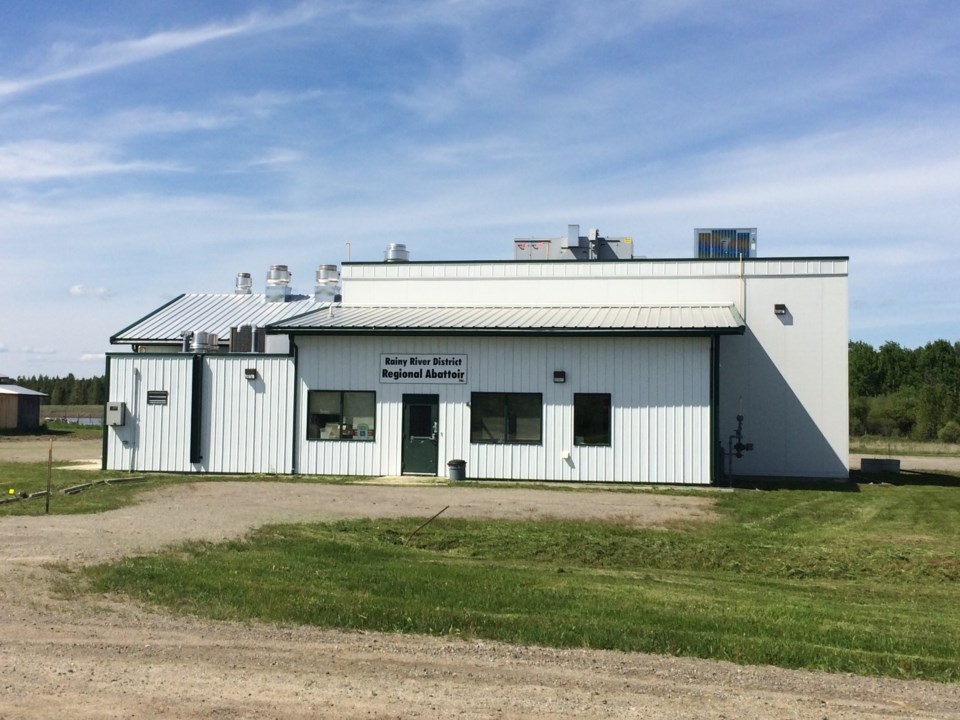 The Rainy River Abattoir is seeing more business as more people get into farming and more consumers turn to local producers, but the president says heavy taxes are a constant burden and are working to try and get small operations like theirs reclassified. They are also developing a new marketing strategy to generate more income.

The president of Rainy River District Regional Abattoir says if the Ontario Government is serious about supporting local agriculture, it should re-think how it taxes small businesses like theirs.

William Darby said the latest round of legislation and plans to encourage farming in the Northern Ontario Agri-Food Strategy looks nice on paper, but it doesn't contain any real financial relief for small operations.

The problem stems from a one-system-for-all taxation that charges agriculture businesses of all sizes the same tax rate. Not everyone can afford the same rate, leaving smaller businesses like the abattoir to pay “punitive” taxes that often put them behind in paying taxes.

As well, small abattoirs not on farms are classed differently.

“They are classed as industrial, and they pay the highest property tax rate, just like a paper mill,” Darby said. “Small abattoirs cannot sustain that level of taxation. Not only is it a disincentive, it smothers small business development.”

He explained they are a not-for-profit without share capital, with 150 members that are farmer-producers that are primarily interested in having agriculture infrastructure in the community, with a secondary purpose of stimulating economic development in the region's agricultural industry.

The board petitioned the Municipal Property Assessment Corporation (MPAC) to re-classify the abattoir and appealed to the provincial review board but were denied both times. They were told that according to the existing definitions, they were industrial, as they take a product and turn it into something value-added. The answer they received was MPAC and the review board were going to have to look at the appraised value of the property in the assessment.

They also went to the municipality of Emo for some kind of relief, but so far no change.

They are sustaining themselves through volunteers and donations, and their mortgage holder had agreed to give them temporary relief from their payments. Without that, he said they would've been forced to close.

They've also been through the lobby groups and the Ministry of Agriculture and Food.

“If these groups and ministries are serious about encouraging the growth and production of local food, then they should remove the systemic barriers that are impeding it,” Darby said. “Local producers will never achieve the economy of scale of producers like Cargill. They do thousands of animals a day. We might do 15 cattle.”

Darby said that they've argued in the past there should be another taxation category for small operations like the abattoir. They read last spring's provincial budget with the hope the government was following through on promises to consider it, but the clause they inserted was small abattoirs that are on a farm will be given a tax reduction, one-quarter of the mill rate.

This doesn't help them, as they are stand-alone.

“It was meaningless,” he said. “Small abattoirs are caught between the framework.”

There is some good news. Business for the abattoir is increasing and more farms are doing direct marketing, although Darby said the latter isn't the strategy they really wanted.

The amount and variety of meats and related products coming out of the district are becoming significant, he said, as more people buy from local producers. Farmers markets in Thunder Bay, Kenora, and Sioux Lookout are carrying more Rainy River-produced products. Darby said Kenora's alone is becoming a major tourist attraction, with 140 vendors.

That doesn't take the sting out of the tax burden, he said.

“Man, we are really being punished for trying.”

They are working on a marketing plan to advertise to a broader market. However, it always comes back to heavy taxation holding them back from competing in a larger market.

Part of their marketing scheme is talking about the advantages of smaller abattoirs, one of which, he said, is more quality control.

“It's the larger processors that you get salmonella and other contamination,” Darby said. “We are smaller, so we can keep better track of our equipment and we have much smaller volumes.”

Currently, the abattoir slaughters cattle, butchers and hangs the meat for 24 hours, and then it is taken away for further processing.

She said part of the issue is they need a direct marketer, as many farmers are currently more concerned with raising the cattle.

“There are stores and restaurants we could be doing better business with, but we need that person to make the connection to do the talking,” she said. “We need to talk about why it's better to use our product, use local beef and not this beef that has traveled thousands of miles.”

The problem always comes back to money, Bliss said. They currently don't have enough to hire someone to do that, adding if it wasn't for donations and volunteers it would've gone bankrupt.

Right now, it's not the busy time, but they keep the doors open. Bliss echoed Darby's concerns over the high taxes and said she hoped to see change this year.

The Ontario Federation of Agriculture is working to get abattoirs a different classification to get more reasonable tax rates.

“It's tough times for abattoirs across the province, not just the North,” she said. “I can definitely speak for Dryden, Rainy River and Kenora.”