The sun shines on Gull Bay 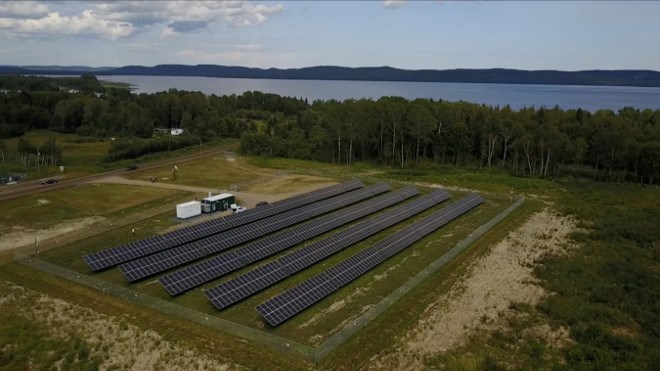 The project partners, the First Nation and Ontario Power Generation (OPG), co-developed a community micro grid that uses solar, battery storage and automated control technology to help reduce diesel use by as much as 30 per cent.

The $8-million project was funded by OPG, Hydro One, and federal and provincial levels of government.

The community of 300 is located 175 kilometres north of Thunder Bay on the western shore of Lake Nipigon.

Until this project, Gull Bay members relied entirely on diesel-generated electricity and was one of four remote First Nation communities in Ontario that could not be economically connected to the grid.

The First Nation’s development corporation, Ma’iingan Development, will be responsible for the operations and maintenance.

“In the last few weeks as we went into full operations we have already reduced over 12,000 litres of diesel with clean, renewable solar power,” said Chief Wilfred King in an Aug. 16 statement.