Meeting of the minds in Sioux Lookout 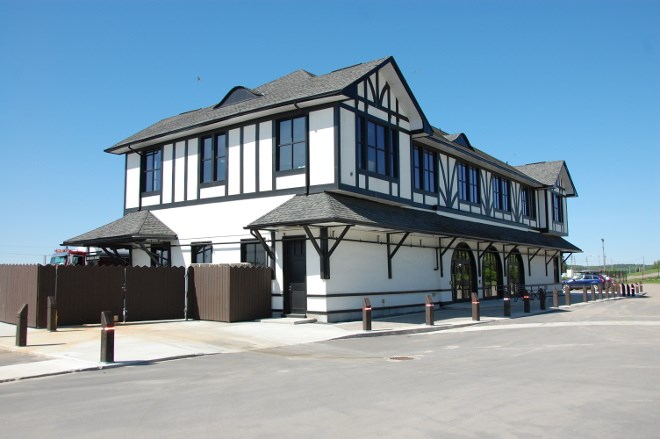 Sioux Lookout’s Heritage Train Station is the new locale for an academic research hub to study solutions to improve the quality of life on remote First Nation reserves.

The solutions to the myriad of socioeconomic problems faced daily by First Nations may come from the bright minds of academia.

The Town of Sioux Lookout wants to pool the collective brainpower at the University of Toronto and Lakehead University in setting up a research hub in northwestern Ontario.

“What we’re trying to do is build a knowledge-based community,” said Vicki Blanchard, the town’s economic development director.

The University of Toronto’s Reconciliation Through Engineering Initiative is setting up shop inside the Heritage Train Station in Sioux Lookout’s downtown.

The group takes a community-based collaborative approach to address engineering challenges faced by these communities.

It’s an offshoot of the university’s Centre of Global Engineering, a multi-disciplinary institute that travels aboard to take on projects in food and nutrition, water and sanitation, health and shelter.

“We have them right next door.”

Sioux Lookout, a town of 5,500, is a regional supply, tribal administrative and health-care hub serving more than 30,000 people and roughly a third of all the isolated First Nation communities in Canada.

“They are the backbone of our economy,” said Blanchard.

Many of these fly-in communities are off-grid, without a reliable supply of power, and are only accessible by land during the winter road season.

The fact that Sioux Lookout has a Friendship Accord with many isolated communities has drawn interest from these researchers.

Through collaborations with the University of Toronto, Lakehead University in Thunder Bay, and universities in Finland and Tel Aviv, Israel, Sioux Lookout has set up the Innovation Hub.

It’s a research and innovation office inside the town’s historic train station, sharing space with the economic development department.

Blanchard has also brought university researchers from Finland into the picture – to tap into their knowledge of biomass-heated villages – and academics from Israel, who have global expertise in safe drinking water technology, a problem that’s overwhelmed many First Nation communities.

She firmly believes that there are viable solutions to be found for many of these community problems by combining the traditional knowledge and adaptability of Indigenous people with the faculty expertise at the university level.

The idea behind the Innovation Station is to bring in master’s students in various disciplines on four-month rotations and collaborate with other universities to peer review proposed projects with the hope of developing prototypes and demonstration projects, such as an energy self-sufficient Eco-Village, that would serve the First Nations.

The official rollout of this collaborative approach will be on display at the first annual Innovation Station conference scheduled for June 17-18 at the Lac Seul Event Centre in Frenchman’s Head.

The municipality is billing the event as an opportunity for organizations and First Nations to develop partnerships, leverage knowledge and create projects specifically designed to improve the well-being of their communities.

One of the featured speakers is the University of Toronto’s Tracey Galloway, an acknowledged expert on high food prices and the federal government’s food subsidy program.

With this new arrangement, Blanchard hopes to rally support for one of her passion projects, a proposed regional food distribution network.

It would involve the construction of an 11,000-square-foot warehouse at the airport and be run by a non-profit logistics corporation tasked with coordinating volumes of freight to ensure perishable food and other goods get to the isolated communities in a timely fashion.

But this admirable social enterprise endeavour has been slow to get off the ground due to government program funding reviews.

Blanchard hopes the conference facilitates discussion for the communities to identify their greatest needs and for their leadership to listen to opportunity and projects happening outside their region.