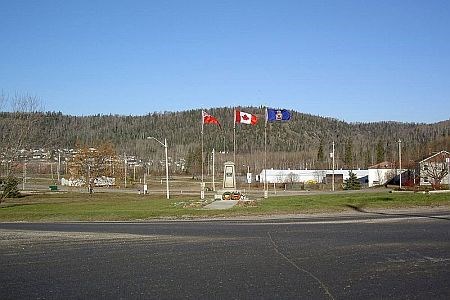 The Township of Manitouwadge

The Manitouwadge Airport is receiving more than $3 million in federal and provincial government funding to make safety and service improvements to its runway and other basic infrastructure.

A portion of the 3,600-foot-long airport runway, apron, and taxiway will be resurfaced with new asphalt, with other upgrades coming in the form of traffic symbols and safety markings.

The airport is being called an "essential link" in providing community access for emergency medical flights, hydro repair and forest fire crews.

For local health-care providers, the airport provides the ability to transfer patients and clients out of town to receive a higher level of care.

Debbie Hardy, CEO of Santé Manitouwadge Health, said in a webcast that the upgrades to the airport will allow planes to land during inclement weather, that otherwise would be delayed, is "huge news and can only help save lives."

"For the last four or five years we've realized our airport area was deteriorating very much, and it's quite a lifesaver actually," said Manitouwadge Mayor John MacEachern, in expressing his gratitude for the funding.

The airport upgrades were the headliner in a larger funding announcement made by Thunder Bay-Superior North MP Patty Hajdu and Dave Smith, the parliamentary assistant to the Minister of Energy, Northern Development and Mines and Indigenous Affairs, on July 15.

Biigtigong Nishnaabeg (Pic River First Nation), on the north shore of Lake Superior, is widening and repaving local roads, which includes upgrading the drainage and replacing a culvert on a major road. The feds and province contributed more than $2 million for this work with the First Nation adding $148,559.

Kiashke Zaaging Anishinaabek (Gull Bay First Nation), on the west shore of Lake Nipigon, is reconstructing roads on the reserve thanks to more than $3.1 million from the upper levels of government in making improvements to the main highway entrance, resurfacing, grading and making other safety modifications. The First Nation is tacking on $221,980 to do the job.

An access road connecting three First Nations in the Lake of the Woods region is receiving more than $1 million in upgrades from the two upper levels of government. The road connecting Highway 71 and the communities of Naotkamegwanning, Animakee Wa Zhing #37, and Northwest Angle #33 will have an improved road surface and better drainage with some signage added. The local contribution is $73,440.

Major upgrades are being made to a road in the Township of Pickle Lake to better connect it with Highway 599 with wider, paved shoulders. Ottawa and Queen's Park are spending $2.8 million for the project. The road reconstruction involves ditching and draining improvements. The road serves as a secondary community access for emergency vehicles. The municipality is chipping in with $213, 854.

The Township of Terrace Bay is rebuilding Mill Road with a combined $1.4 million from the feds and the province to put down a new asphalt surface, make it wider, add asphalt shoulders and make for better drainage. The township is contributing $256,737.

The Municipality of Red Lake is rehabbing its roads and adding new sidewalks after pocketing more than $4.5 million from the federal and provincial government. The town is adding more than $1 million for these upgrades.

"With these investments, we are helping to improve roads and the Manitouwadge Airport that keep families in rural Ontario connected to their neighbours. These projects will create well-paying jobs in Thunder Bay-Superior North, and protect our critical infrastructure that helps our region thrive," said Hajdu in statement.

"This funding will help support economic recovery and job creation. We are excited to invest in these critical infrastructure projects for our Northern communities," added Smith.