Railway and sawmill town looks to grow its commercial and industrial base
Aug 31, 2020 9:13 AM By: Ian Ross 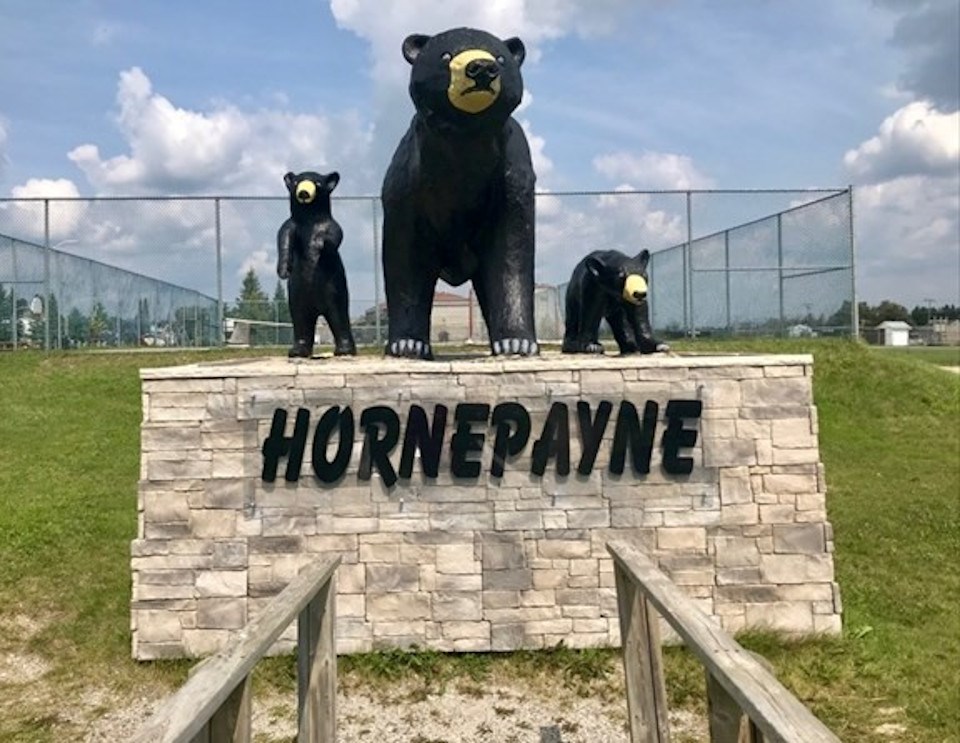 Hornepayne Mayor Cheryl Fort said there are some good-paying jobs in her northwestern Ontario community, just precious few places in town to spend it.

The township of 980 was established – and remains – a railway divisional point, first for the Canadian Northern Railway in 1915, today for CN Rail.

The railway still remains the largest employer in town at 200 – including Fort, who works as a CN locomotive engineer – followed by Hornepayne Lumber, a humming sawmill with a workforce of 100.

Hornepayne has a hospital, a high school, and three elementary schools, but it's lacking in some basic amenities.

"When you think about our community, we all have really good benefits but we don't have a dentist in town," said Fort, "and yet we all have good dental coverage."

The community, she said, is lacking things like a full-fledged salon and a building supply store to buy drywall or pressure treated lumber.

That usually means an hour's drive south on Highway 631 to White River or north to Hearst.

"Those types of businesses are missing in our community," said Fort.

Three truckloads of building material do arrive weeky in Hornepayne. Being handy with tools helps since Hornepayne has an aging housing inventory.

The last subdivison built in the community, Fort remembers, was in the early 1980s.

But rather than develop new tracts of land, Fort said they prefer to build on their existing stock of 65 vacant and serviced lots in town.

The water treatment plant can sustain a population of 3,000.

In the early 1990s, Fort recollects, the high-water mark for population in Hornepayne was in excess of 1,600.

The slow exodus began with layoffs at CN, combined with downsizing by the provincial government and the elimination of many regional ministry offices.

The biggest hit was the closure of the local mall, Hallmark Centre, in 2010, home to a number of stores and businesses.

The building remains in receivership but the township has control of it.

The municipality fixed up an 8,000-square-foot portion of it – the former Northern Store section – for future opportunities. The remainder likely has a date with the wrecking ball.

What Hornepayne's economic future will look like, what industry and investment will be attracted to town is largely a "community-driven" exercise, said Fort.

The municipality began the process last year of taking stock with a services delivery review that segued into the formulation of a three-year strategic plan to guide its major decision-making.

Once an updated Official Plan and zoning bylaws are in place, the municipality will launch into a Community Improvement Plan, allowing residents opportunities to provide input on the township's direction, said Fort.

With a new council in place for the past 18 months, she said they've started that consultation process.

"The township is looking at what's needed in the community," said Fort, in looking to create more of a small commercial tax base and expand on the industrial side, be it in recycling or value-added forestry.

Fort favours installing a rail spur, connected to CN's cross-Canada line, to move forest products and other material to market.

On the tourism side, Hornepayne wants to get into trail development to bring back the thousands of snowmobilers that frequented the community in the late 1990s and early 2000s.

Since snowmobilers travel with their credit cards, a top priority is attracting a hotelier to town. The last hotel was lost when the Hallmark Centre closed.

What few overnight accommodations are available can be found at a local bed and breakfast and some resort cabins.

"There's a direct need" for accommodation, mentioned Fort, for visiting CN management, contractors at the sawmill, and as a community gathering place for weddings and for visiting relatives to bed down.

Discussions began with Rideout Bay Developments of Kenora for a Studio 6 All Suites hotel, but those talks are on hold due to the pandemic.

Government funding is starting to trickle into the community.

The township snagged $300,000 in federal funding to keep an economic development officer on the payroll for the next three years and make good on some of its strategic plan priorities.

Earlier this summer, the municipal airport landed more than $4.8 million from the feds and the province to repave its 3,500-foot runway, and install new runway LED lighting, a fuel tank and pump system, on top of the township's own investment to upgrade the terminal in the next two years.

The unmanned airport is used by private aircraft, for medical evacuation, by CN to transport crews in out, and by Harte Gold's executive team to reach their Sugar Zone Mine, 60 kilometres to the south.

Guelph company delivers fast turnaround time on COVID tests at northwest gold mine
Sep 21, 2020 10:00 AM
Comments
We welcome your feedback and encourage you to share your thoughts. We ask that you be respectful of others and their points of view, refrain from personal attacks and stay on topic. To learn about our commenting policies and how we moderate, please read our Community Guidelines.