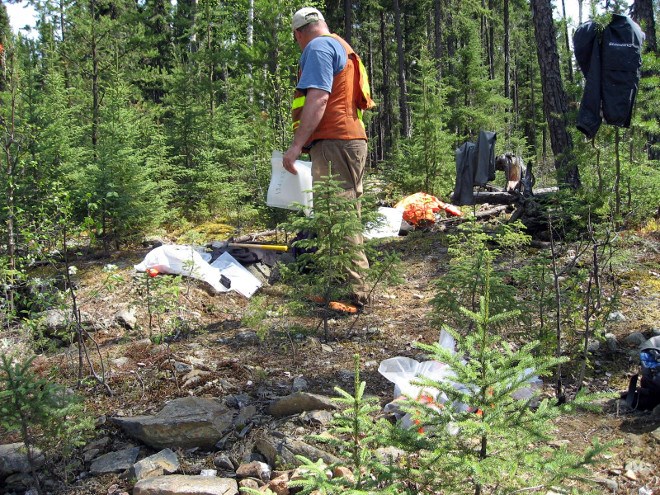 Under the terms of the deal, the Victoria, B.C.-based junior miner must pay $45,100 over three years and issue 110,000 shares over two years to a private company controlled by Perry English.

One of the properties, dubbed the McDonough Claim Group, covers 1,063 hectares and is 15 kilometres north of the town of Red Lake, touching on Rubicon Minerals’ Slate Bay gold property.

The area has seen plenty of logging but little exploration despite there being several promising targets. GoldOn said the property shows the same geological characteristics typically found in a Red Lake gold deposit.

The 448-hectare Pipestone Bay Claim Group, 32 kilometres west of town, has been explored since the early 1920s and contains occurrences of high-grade gold within an iron formation. Previously, Redstar Gold identified the ‘991’ zone in 2004 that hosted high-grade gold veins, but there was never any follow-up drilling.

The relatively unexplored Coli Lake Claim Group is a 428-hectare property, 35 kilometres northeast of Red Lake, bordering on the Sidace Lake gold property. the joint venture between Newmont Goldcorp and TomaGold. The J-V hosts two gold deposits with total indicated resources of 1.37 million tonnes, grading 3.21 grams per tonne. GoldON believes their nearby property hosts a shear zone that branches off from the Sidace property.

The company already has three active projects southeast and southwest of Red Lake, plus its main 3,200-hectare Slate Falls project, situated just outside its namesake community.

"While our focus remains on West Madsen and our Slate Falls projects, these new properties exhibit similar geological characteristics as recent discoveries in the Red Lake Greenstone Belt and fit well with our project generator model," said GoldON president Michael Romanik in a June 11 news release.