Ignace and South Bruce two remaining communities being tested
May 10, 2021 9:00 AM By: Northern Ontario Business Staff 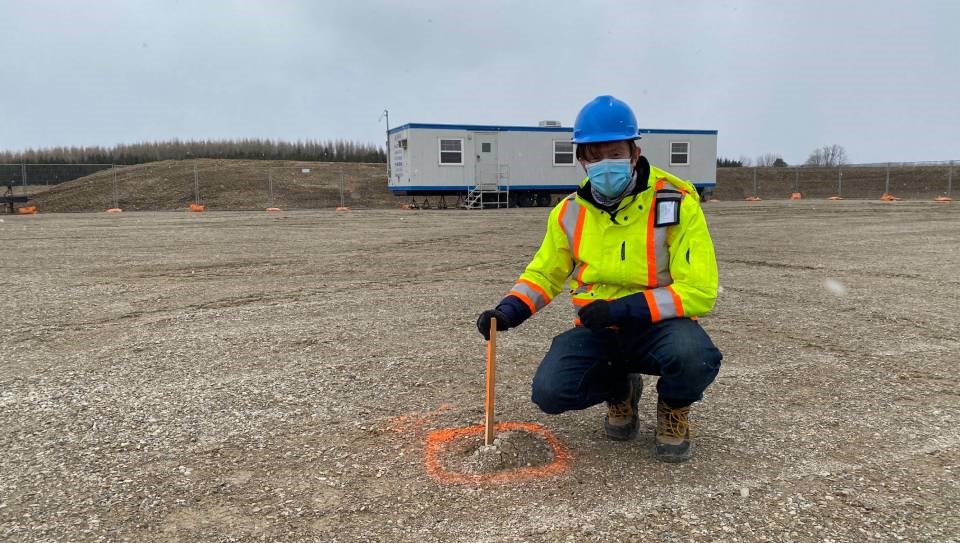 The Nuclear Waste Management Organization has resumed drilling at sites at Ignace and South Bruce (pictured) to test the viability for a deep geological repository for used nuclear fuel bundles.NWMO photo

Borehole drilling will continue this month at a site near Ignace to test its viability to store the country's used nuclear fuel bundles.

The Nuclear Waste Management Organization (NWMO) said it's the next step in its ongoing assessment to develop a deep geological repository, estimated to go into operation in 2040.

Ignace, a community of 1,200 in northwestern Ontario, and South Bruce in the southern part of the province are the two remaining contenders in a years-long process that began in 2002.

At Ignace, the NWMO said, it will resume work that began before the onset of the COVID pandemic. That includes continuing to drill the fourth borehole and preparing for drilling the fifth.

“Drilling of boreholes is one of the important ways that we collect information about the geology and underground setting,” said Sarah Hirschorn, NWMO's director of geoscience, in a news release.

“It allows us to learn more about the rock and the water deep below ground at our potential repository sites.”

Crews will drill as deep as 1,000 metres underground – deeper than 500 metres of the estimated repository level – and core samples will be sent to a lab for analysis.

The core can provide information about the nature of the rock's fractures or mineralogy, as well as the groundwater in the area.

NWMO estimated the drilling and associated work can take up to nine months for each borehole.

The NWMO continues to seek public feedback on its five-year strategic plan, which it released in March.

Those interested can fill out a survey providing input until June 11.