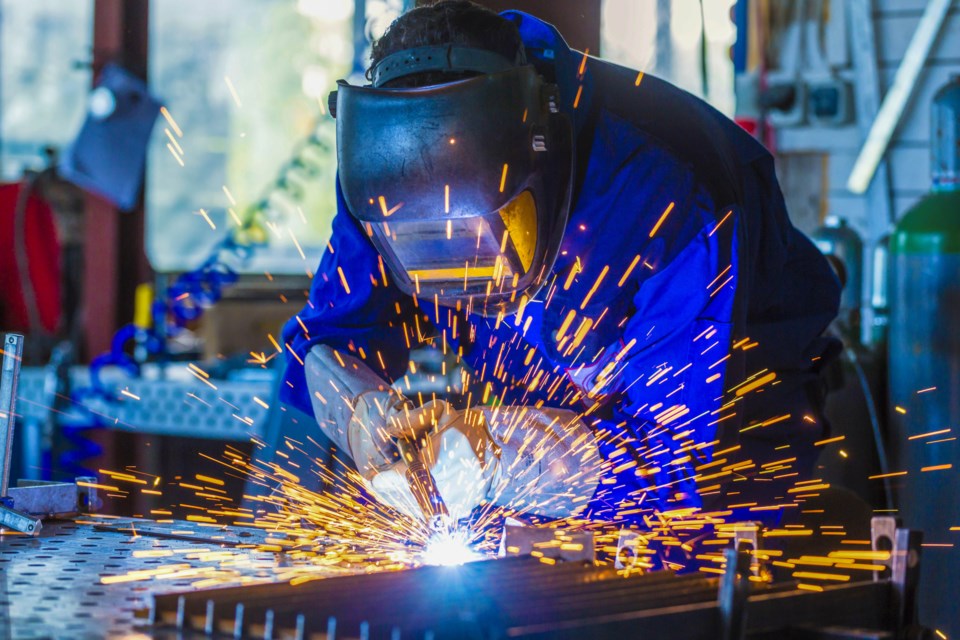 Welding and carpentry trades training is now being offered at Collège Boréal’s Kapuskasing campus in response to the demand in area businesses for workers with these skills.

The French-language college announced on Feb. 3 that the two new programs began in January.

The welding program is a 20-week customized training program for Indigenous women. This is the first time that Collège Boréal has offered welding training in Kapuskasing. It is funded by the region’s First Nations training and employment services and the pedagogical content was designed by the industry-sponsored Canadian Welding Bureau (CWB) Group.

Thanks to a partnership with the Conseil scolaire catholique de district des Grandes-Rivières (CSCDGR), the courses are delivered in a trades workshop located at École secondaire Cité des Jeunes, which has the equipment required for both programs.

“Trades training is one of Collège Boréal’s recognized areas of expertise,” college president Daniel Giroux said in a news release.

“I’m very pleased that we are now able to offer in Kapuskasing two new high-quality programs that will help to bolster the local labour force and, thereby, the economy of the entire region. This is exactly the direction we intend to follow as defined in our 2020-2025 strategic plan.”

The development of these new programs is directly related to Collège Boréal’s 2020-2025 Strategic Plan.