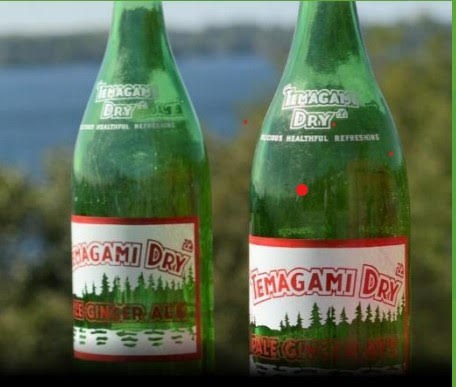 Temagami Dry has been produced in northeastern Ontario since 1916. (File photo)

For more than a century, residents in northeastern Ontario had enjoyed the fizzy, sweet confection that was Temagami Dry ginger ale.

Homegrown since 1916, the bubbly, ginger-infused soft drink had been a staple of many childhoods and an ardent source of pride for those who lived in the area.

That’s why, in 2019, when Cochrane’s Fortier Beverages revealed it would cease manufacturing the product by year’s end, the town that shares the drink’s name launched into action.

Dan O’Mara, mayor of the Municipality of Temagami, about 100 kilometres north of North Bay, said the town initially reached out to owner Raymond Fortier to ask about getting samples to give out at its booth during the International Plowing Match, held last September in Verner.

In speaking with Fortier, that’s when he learned of the plans to stop producing the drink altogether.

“The pop industry’s a very controlled market, and he was having some trouble getting his product done the way that he wanted it, and getting it on time and the amounts that he could,” O’Mara said.

As word got out about the impending shutdown, fans of the soft drink began stockpiling cases of the two-litre bottles before they ran out, O’Mara said.

Around the same time, the municipality began working on its strategic plan, and “the whole issue of branding the Temagami name came up as possibly something we should be looking at.”

Sensing an opportunity to keep the brand alive, the municipality surveyed local citizens, who returned an almost unanimous show of support. Several pitched in to meet Fortier’s $7,500 asking fee to acquire the brand’s recipes and production rights.

On Aug. 29, the municipality made it official, hosting a (safe and socially distanced) celebratory gathering as the new keepers of the Temagami Dry legacy.

“We’ve got full support of it, we’ve got the trademark, and I guess our next step is to decide what do we want to do with it?” the mayor said.

So does this mean the Municipality of Temagami is getting into the soda-bottling business? Not exactly.

Under their favoured approach, the mayor said, the town would licence the use of the trademark to an independent operator, who would take on the responsibility of producing, bottling and distributing the product. The municipality would then collect royalties for the use of the Temagami Dry brand.

“Ideally, it would be nice if somebody would come and start something up in the community,” bringing jobs and economic spinoff, O’Mara said.

The area around Temagami is home to some logging activity, but is otherwise absent of any major industry. Tourists visiting their cottages or enjoying the area’s vast wilderness provide the biggest chunk of revenue generation to the town of 900.

The relatively low tax base makes it tough to address major expenditures, like the $2 million worth of mandatory water and sewer infrastructure upgrades currently facing the town, O’Mara said. Every little bit helps.

He believes the area’s clear, pristine water would be perfect for use in a bottling operation – whether it’s ginger ale, water, or a craft beer – and that any operation making its home in Temagami would be bolstered by trending consumer interest in supporting locally produced goods.

“That’s where we think we might have some way to break into the market a bit better and go head to head with some of these bigger products,” he said.

“That’s the vision. How far we get with this vision – that will be told in the next chapter.”

Temagami town council will discuss the issue further during its next regular meeting in mid-September.

Mattawa truck manufacturer amongst nation’s top growing companies
Sep 28, 2020 11:21 AM
Comments
We welcome your feedback and encourage you to share your thoughts. We ask that you be respectful of others and their points of view, refrain from personal attacks and stay on topic. To learn about our commenting policies and how we moderate, please read our Community Guidelines.