Swapping out vodka for hand sanitizer in battle against COVID-19 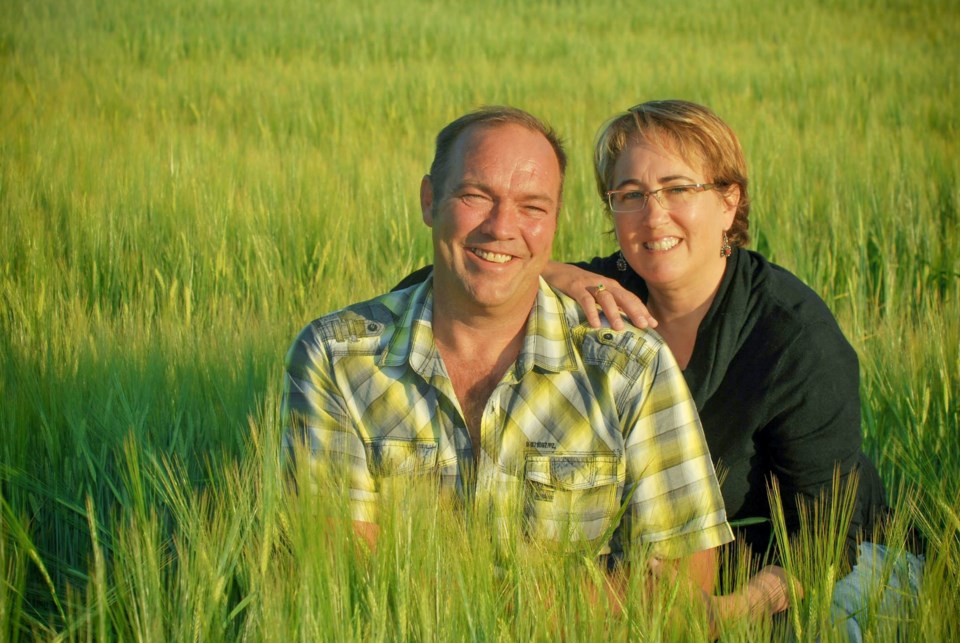 Marcel Rheault and Mireille Morin launched Rheault Distillery out of their home in Hearst seven years ago. The couple has now switched focus to produce hand sanitizer during the COVID-19 pandemic. (Supplied photo)

Since launching Rheault Distillery in 2014, his products of trade have been vodka, specialty liqueurs, whisky and rum.

And then the COVID-19 pandemic hit.

Now the Hearst-based distillery is switching gears, and Rheault said his operation, in partnership with the fuel-delivery agent Pepco, will be producing and selling about 35,000 litres of hand sanitizer weekly, starting next week.

Last week, Crosscut Distillery in Sudbury announced it was making the product in small batches and giving it away to community members in need.

In early March, Rheault was driving back from Toronto where he had provided the alcohol for Northern Ontario Night hosted at Steam Whistle Brewing during the annual convention of the Prospectors and Developers of Association (PDAC), held March 1-4.

Stopping for a break at a department store in New Liskeard, he discovered just one bottle of hand sanitizer on an otherwise empty shelf, and saw an opportunity to fill a need.

“I got back in the car with my son and said to him, ‘When we get back, we’ve got to start looking into recipes to do hand sanitizers,’” Rheault said. “‘There's nothing in the store and there's going to be a shortage for sure.’”

They set about securing the appropriate permits and licences from Health Canada and the Alcohol and Gaming Commission of Ontario, which are now in place, and purchased equipment to package the product.

The hand sanitizer will be bottled into one-gallon, half-gallon, one-litre and half-litre bottles, as well as smaller, eight-ounce bottles for personal use.

Not motivated by profit, Rheault said his primary concern is to get the product into the hands of people who need it to stay safe. For that reason, he said, he'll sell it for the going rate, which he's calculated to be $12 per litre.

According to government standards, hand sanitizer must include between 55 and 65 per cent alcohol in order to be effective, Rheault said. His version will contain 80 per cent alcohol.

“That means nothing (virus or bacteria) is going to survive,” he said.

With global demand increasing, Rheault said it’s been a challenge sourcing the raw ingredients and products he needs to get going.

Many of the large ethyl alcohol manufacturers are holding their reserves for larger producers, and it’s even been tough to find enough bottles to hold the product.

But he’s now got enough to get started.

“We have to go with almost like a barbecue sauce type of bottle because they’re the ones that we can get. We don't have a choice,” Rheault said.

“I don't think that people are going to mind because of the fact that they're still bottles and they'd rather have it in a small bottle like that and be able to have some at home.”

Rheault has chosen a recipe that includes aloe vera, which isn’t as harsh on the skin compared to recipes that just include glycerin, he said, and this should be ideal for frequent applications.

His German-made mash tun – a giant mixer used in brewing and distilling that blends all the ingredients together – is equipped with two paddles, which he designed initially to help integrate molasses into his rum.

“My mash tun, when you put glycerin in it, it becomes a thickening agent, so the alcohol becomes very thick,” he said. “So you need an agitator like that to be producing.”

He can manufacture 1,000 litres of sanitizer at a time, which will then be shipped to the Pepco warehouse, where employees there will portion it out into smaller containers.

“It's gonna be very handmade for now to meet the demand,” Rheault said. “This is the best we were going to be able to do it, and the faster we can get it out, the better it's gonna be for everybody else.”

All this has come at a time when Rheault is in the midst of a move.

This spring, he’ll be selling his home and relocating his family and the distillery to Thunder Bay.

Rheault is hopeful a more visible presence in Thunder Bay will result in increased business for his Loon Vodka, Sinful Cherry Liqueur and other products. He’s also planning to add apple cider to his list of offerings.

However, he anticipates his current agreement with Pepco to produce hand sanitizer will remain in place over the long term.

Manufacturing will continue in Hearst and the product will be distributed through Pepco’s cleaning supplies division.

Even after the COVID-19 pandemic passes, whenever that may be, Rheault believes there will be a new, sustained demand for the product.

“I think the attitude of people is going to change a lot with this also, because yes, it is a virus, and I think people are going to start to use that stuff more often,” Rheault said.

“I don’t think people are going to look at health the same way after this (coronavirus) goes out.”

Brewing up a batch of cobalt sulfate
Mar 31, 2020 10:45 AM
Comments
We welcome your feedback and encourage you to share your thoughts on this story. We ask that you be respectful of others and their points of view, refrain from personal attacks and stay on topic. To learn about our commenting policies and how we moderate, please read our Community Guidelines.