“Still on the hook” for NOHFC money 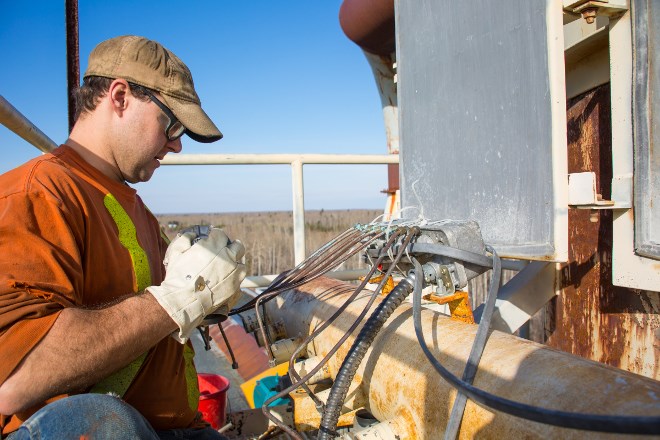 A contractor works on upgrades to the Matheson Micronization plant in this 2015 photo.

Last July, the provincial government announced the Toronto-headquartered company received a $412,000 combined grant and loan through the Northern Ontario Heritage Fund to make improvements to the Matheson Micronization Facility, owned by Northfil Resources.

Earlier this month, Great Lakes Graphite suddenly announced it was terminating an agreement with Northfil and was heading to Pennsylvania to start commercial operations with a U.S. partner.

The funding was earmarked to refurbish the mill — which formerly processed vermiculite — to micronize graphite, which grinds the material into a fine powder. The plant had not operated since 2004.

In a brief email, Paul Ferguson, the company’s chief marketing officer, acknowledged the company still has a loan to repay for those improvements.

“The plant is now just about ready to be commissioned, so the money allocated by NOHFC was very well spent, in my opinion. Plus, we are still on the hook for the loan portion of the financing. That doesn’t go away just because we are relocating.”

The original company plans were to ramp up production to 10,000 tonnes a year by the fourth year of operation. At peak capacity, the operation would have employed 16.

At the time of the July 21 funding announcement, Great Lakes Graphite CEO Paul Gorman stated the investment came at a “pivotal moment" as they were preparing to enter commercial production.

“That will ensure we have a long-term future in Matheson, producing advanced graphite products and maintaining vital jobs that strengthen the community."

Earlier this month, the company, after announcing the immediate termination of its agreement with Northfil, said it had signed a memorandum of understanding with Shamokin Carbons, a private provider of carbon products with locations in Pennsylvania.

The company cited “experience and logistics” as the primary reasons behind the move.

Starting production at the Shamokin locations will allow them to fast-track their plans and achieve higher volumes in fulfilling orders for synthetic graphite, the company stated.

He questioned why the company walked 10 months after receiving funding, and if any conditions were attached?

“Why was this company able to accept $400,000 of taxpayers’ money and then leave town?”

Mauro, who’s filling the ministerial position while Michael Gravelle is on leave, was unfamiliar with the company and the motives behind its move, but he promised to find out.

“I don’t believe our ministry has been contacted by the particular company and given any reasons for their move.”