Setting the stage for growth 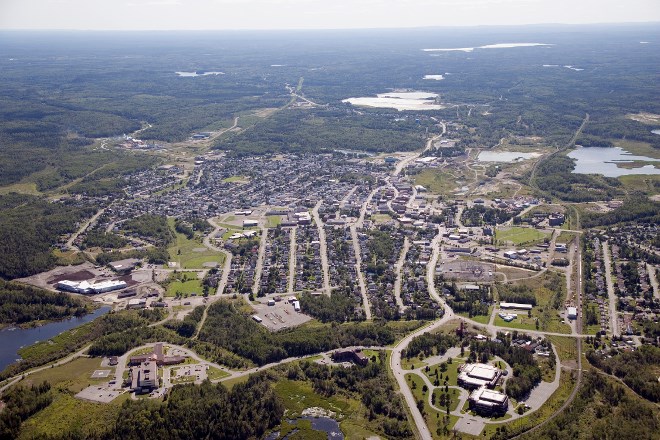 The Town of Kirkland Lake is closing the infrastructure gap with construction starting this summer to extend municipal services to create space for a new highway commercial area.

New sewer mains will be extended out five kilometres from Kirkland Lake to Swastika, a village within the municipality’s boundaries, which will eventually see the area in between set aside for future lot development.

The Highway 66 corridor, extending west from town toward Highway 11, has some of the best land that’s available for potential business and residual uses, said Wilf Hass, Kirkland Lake’s director of economic development and tourism.

“The community can’t create businesses. All we can do is try to do something halfway constructive.”

In late February, Aqua Engineering was awarded the $8.2-million project, expected to take four years with construction starting in April or May, weather permitting.

The commercial-industrial mixed-use zoning designation that exists on Highway 66 up until Archer Drive will also be extended further west as land gradually becomes connected.

The surging mid-tier Canadian miner globally expanded in 2016 with the takeover of Newmarket Gold in Australia last fall and its earlier acquisition of St. Andrew Goldfields in a $178-million deal, creating a company with four mines and two mills in Northern Ontario.

For mining suppliers, that means a one-stop procurement shop in Kirkland Lake for all of its northeastern Ontario operating mines.

In recent years, Hass said there’s been private sector interest along Highway 66, including a serious inquiry from a logistics company that thinks Kirkland Lake is geographically suitable for its operations.

The town has a community improvement plan in place but Hass wants it targeted to places that are ripe for potential development and laden with incentives to draw in business and investment.

“We want to be more geographically specific to help us go after particular kinds of (industrial and light industrial) companies,” said Hass, who’ll be researching what other communities have done.

Other infrastructure work is underway including upgrades in the Archer Drive industrial park as Hydro One has commenced $2.5 million worth of transmission line work to relocate a power line closer to the street.

“There were some spots where it would have been considerably expensive to hook up to hydro,” said Hass. “That’s now been removed because the lines will be right there.”

Archer Drive will also be home to a new solar park, created through a joint venture corporation between Kirkland Lake and the Town of Kapuskasing.

Three solar farms, generating 500 kilowatts each, are projected to generate average annual net revenues of $284,000 for both municipalities under the province’s Feed-in-Tariff solar program.