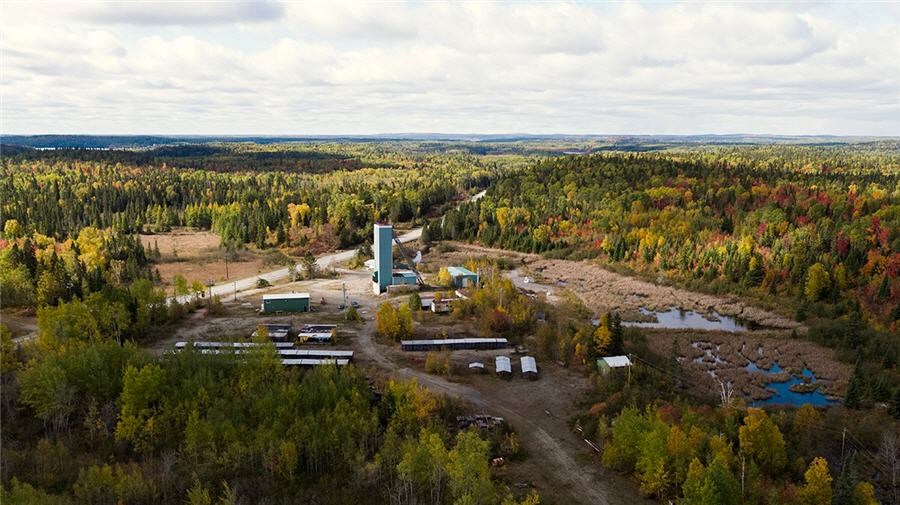 Vancouver's Gatling Exploration reported its highest grade of gold to date coming out of an exploration program at its Larder Lake Gold Project.

The company has been running a drill campaign since last September in establishing a mineral connection between three gold deposits on its property, 35 kilometres east of Kirkland Lake.

One drill hole yielded 85.1 gram per tonne (g/t) over 3.0 metres and 8.4 g/t Au over 1.5 metres at its Bear Deposit, one of three deposits on the 3,370-hectare property, near the border with northwestern Quebec.

The property hosts the high-grade Bear, Fernland and Cheminis deposits. The company believes the deposits are all part of one continuous gold trend along a 4.5-kilometre long strike length.

The last mineral estimate of the Larder Lake project was posted in 2011. The former Cheminis Mine also sits on the property with a shaft running down to a depth of 1,085 metres.

In a statement, company president Nav Dhaliwal called the 2020 drill program a "great success," in remarking on the strength of the high-grade assays encountered.

"The results generated throughout our initial program continue to show that the extent of mineralization at Larder is far greater than previously anticipated, and we are looking forward to our next phase of drilling in the coming weeks.”

To the south, Northstar Gold expects to resume exploration drilling in mid-June after calling a halt to its $1.1-million program on the high-grade Miller Gold property in early April due to the pandemic.

The Vancouver junior miner was two-thirds of the way into a 3,000-metre drilling campaign when activity was shut down on the historic gold property, 18 kilometres southeast of Kirkland Lake.

Northstar has been working the Kirkland Lake mining district as a private company for 11 years before finally going public in January.

Miller is the company's flagship asset among its three northeastern Ontario gold and base metal properties.

The company has back-to-back exploration programs on tap for its 1,100-hectare property this year, which has been extensively explored, developed and mined since 1915. The former Miller-Independence Mine is situated on the site.

The object of the drill program is to confirm and upgrade an old near-surface gold estimate and also test some new targets at depth.

Partial results released by the company show one drill hole intersecting 18.01 grams per tonne of gold over 3.9 metres.

A second round exploration, with 4,000 metres of drilling, begins in August and runs until year's end.

Northstar makes the comparison of the gold mineralization on the property as being similar to that of Kirkland Lake Gold's Macassa South Mine Complex, just to the northwest.

Just outside Kirkland Lake, Mistango River Resources has started exploration on its Eby-Baldwin, near Kirkland Lake Gold's Macassa Mine.

The company announced June 3 that it's working from a model containing all the historical geological and geophysical data gathered on the 4,300-hectare property, 10 kilometres west of town.

The Eby-Baldwin property had been seen intermittent exploration since the 1920’s. The former Baldwin Mine on the site operated very briefly, producing gold grades that are comparable to the South Mine Complex. The past producing mine hosts a historical resource of 4,600 tonnes grading 21.9 grams per tonne of gold.

But the property has not been explored using modern exploration techniques, the company said, especially at depth.

Eby-Baldwin is one of two exploration plays Mistango is focussing on in the Kirkland Lake camp.

The other is the Omega Project, 30 kilometres west of Kirkland Lake and south of Gatling's Larder Lake Project. Omega contains a gold resource of 580,000 ounces and was in sporadic gold production between 1926 and 1947, producing 215,000 ounces.

Harte Gold brings banker on board for strategic review of White River mine
Jun 10, 2021 9:00 AM