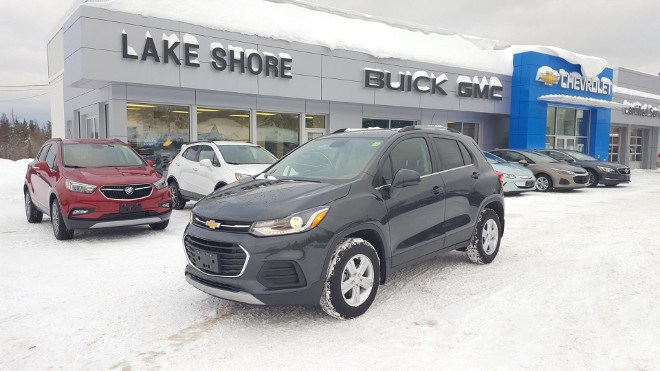 A Kirkland Lake car dealership was fined $45,000 for a 2017 shop accident that injured two employees.

Lake Shore Motors pleaded guilty and was fined by Justice of the Peace Theodore A. Hodgins in a Kirkland Lake courtroom, June 18.

With the fine comes a 25 per cent victim fine surcharge, required by the Provincial Offences Act, which goes into a special fund to assist victims of crime.

On Feb. 21, 2017, two workers were critically injured while standing beneath a 10,000-pound hoist used to raise a vehicle undergoing repair in the dealership’s servicing facility.

The vehicle was raised approximately six feet in the air and the workers were standing underneath doing repairs when it suddenly fell off the hoist to the floor.

A subsequent Ministry of Labour (MOL) investigation revealed that at least one of the four restraint arms on the hoist had swung out of place, causing the entire vehicle to slip off and fall.

An examination of the restraints revealed that the teeth on the gears, that were supposed to lock the arms in place, were worn, rusted and in poor condition. The metal bars that hold the restraints together were bent.

An MOL engineer concluded that the restraint devices had not functioned properly for an extended period of time. Pads on the swing arms were found to be worn and in poor condition.

Several of the other hoists in the workplace were examined and found to be in similarly poor condition.

An independently inspector, hired by the ministry, concluded that the hoists showed years of wear and identified a number of items that needed to be addressed in each hoist. Four of the hoists failed their examinations.

Lake Shore Motors had been hiring a company to do all its hoist inspections, which were primarily visual and lasted approximately 15 minutes per hoist. That company indicated the hoists were fit to use.

Neither the company, nor its owner, were certified by the Automotive Lift Institute as lift inspectors. (This certification is not required by the Occupational Health and Safety Act or its regulations.)

The equipment manual for the hoist involved in the incident states that all moving parts and telescopic arms should be inspected daily for evidence of uneven or excessive wear.

Furthermore, arm restraints are to be inspected and lubricated every two months.

Investigation by the MOL revealed no such inspections had taken place on any of the hoists and that such inspections, if done properly, would have uncovered the defects.

Lake Shore Motors had not provided the workers with any information or instruction on inspection requirements and had not trained or instructed the workers on how to inspect the hoists. As a result, there was no regular maintenance routine in place for the hoists.

The hoist that failed had not been inspected prior to use.

Furthermore, the joint health and safety committee had not performed any monthly inspections of the workplace in January or February 2017.

The court ruled that Lake Shore Motors failed as an employer to provide information, instruction and supervision to a worker to protect the health and safety of the worker at a workplace. In particular, the dealership failed to provide information, instruction and supervision on the safe operation and inspection of automotive hoists.