Harshaw's out as Vale restructures amid tough market

Company needs to 'enhance our performance and competitiveness'
Sep 29, 2017 2:48 PM By: Sudbury.com Staff 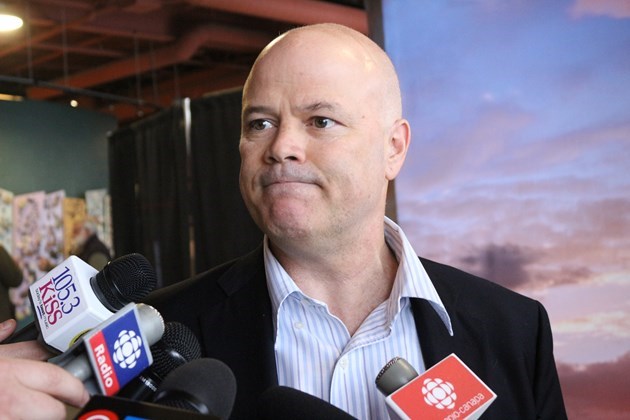 Stuart Harshaw served as Vale's vice-president of Ontario operations since January 2016. The company has announced that position has been eliminated. (File)

Stuart Harshaw is no longer the head of Vale's Ontario operations. Blaming tough market conditions, Sudbury.com has learned the mining giant has eliminated the position.

"In the current challenging market, we are evaluating all aspects of our business on an ongoing basis as we seek to enhance our performance and competitiveness," Robson wrote in an email. "That review includes examining and evolving how our business is structured. At this time, the role of director, Ontario Operations, has been eliminated."

Harshaw has held the position since January 2016. Prior to that, he served as vice-president of marketing and sales for base metals at Vale International's Singapore branch.

At the end of July, Vale Canada said it would stop looking to expand its nickel operations in the wake of abysmal second-quarter net income, and would instead look for new copper mining options.

A report from Reuters pointed out Vale’s second-quarter net income was down 99 per cent over last year, falling to just $16 million from $1.1 billion the year before, and well below the average estimate of $421 million.

When it comes to debt, the Brazilian firm’s net debt fell three per cent to $22.12 billion in the three months leading up to June, a long way from the target of $15 billion to $17 billion in 2018 Vale is shooting for.

To reduce costs, Vale CEO Fabio Schvartsman said the company would stop investing new money into its Caledonia nickel mine. Vale also aims to narrow its iron ore output forecast and continue capital spending cuts, which were down 31 per cent in the second quarter.