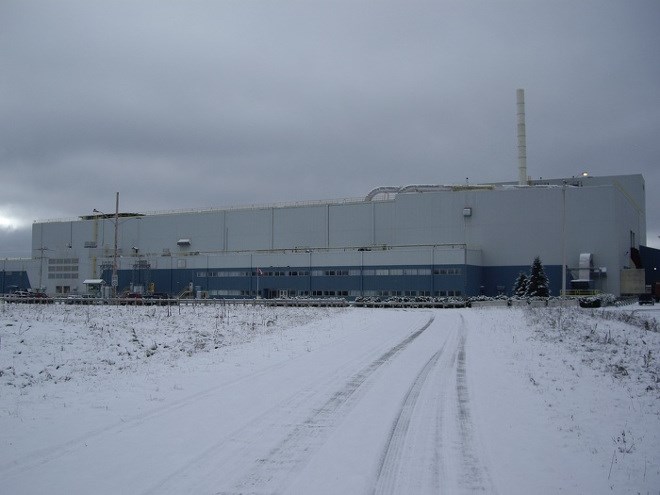 A California company is entertaining buyers for its Wawa pellet mill as it begins shuttering the operation this month.

Rentech announced Feb. 21 that its Wawa pellet mill is being indefinitely idled while the company conducts a “strategic review” of that facility and the company’s entire direction.

The company said chronic “equipment and operational issues” at the mill will cost them additional money that they haven’t budgeted for.

“Today’s decision also results from continued uncertainty around profitability on pellets produced at the facility, making additional investment in the facility uneconomic for Rentech at this time,” said a company news release.

An undetermined number of employees will be laid off over a two-week shutdown period.

A skeleton crew will remain in place on a care and maintenance basis in case someone comes along to invest in the facility or purchase the operation.

According to the news release, shutting down Wawa allows Rentech to preserve cash as it “explores strategic alternatives” for the mill while “ongoing discussions” take place with “third parties."

“While we believe that the issues we have been experiencing at the facility can be resolved with additional capital investments, we have concluded that it is not economical to pursue those investments or to continue to operate the facility at this time,” the company said.

The company has experienced persistent problems at the mill before and after replacing the conveyors.

After an outside engineering firm recommended spending additional capital, Rentech’s board of directors made the decision on Feb. 16 to stop production at Wawa.

The Wawa mill was originally set up to manufacture pellets for export to Drax Power in the United Kingdom through the Port of Quebec. But operating issues at Wawa resulted in Rentech’s Atikokan pellet mill in northwestern Ontario shipping product overseas.

The Atikokan mill already has a supply agreement with Ontario Power Generation to supply the nearby generating station.

Rentech said that operation will continue “without interruption” but production will be reduced.

Atikokan pellets will no longer be exported while the company looks for new customers to fully utilize that mill’s capacity.

“We expect the Atikokan facility to generate cash flow in the range of break-even to slightly positive in 2017 under this revised operating plan,” the company said.

The company has retained Wells Fargo Securities to walk them through the strategic alternatives review.

Rentech has been the darling of the Ontario government – blessed with funding and Crown wood allocation – since the company first appeared on the scene in 2011.

The company’s ambitious and short-lived Olympiad project involved converting the shuttered former Domtar sawmill in White River into a refinery to make green jet fuel out of biomass with the promise of creating 400 jobs.

The province committed 1.1 million cubic metres of wood to make it happen.

Then in 2013, Rentech decided it was dropping the woody jet fuel idea and getting into the wood pellet business by acquiring shuttered wood mills in Wawa and Atikokan with the help of $4 million from the Northern Ontario Heritage Fund to complete the conversions.

The same year, Rentech announced it had reached a 10-year agreement to supply 400,000 tonnes of pellets from Wawa annually to Drax Group, a United Kingdom electricity power.

At the time, the Wawa plant was expected to create 30 full-time jobs and create or support 150 forest industry jobs within surrounding communities.

Regional exporters group receives top honours
Feb 7, 2020 4:35 PM
Comments
We welcome your feedback and encourage you to share your thoughts on this story. We ask that you be respectful of others and their points of view, refrain from personal attacks and stay on topic. To learn about our commenting policies and how we moderate, please read our Community Guidelines.