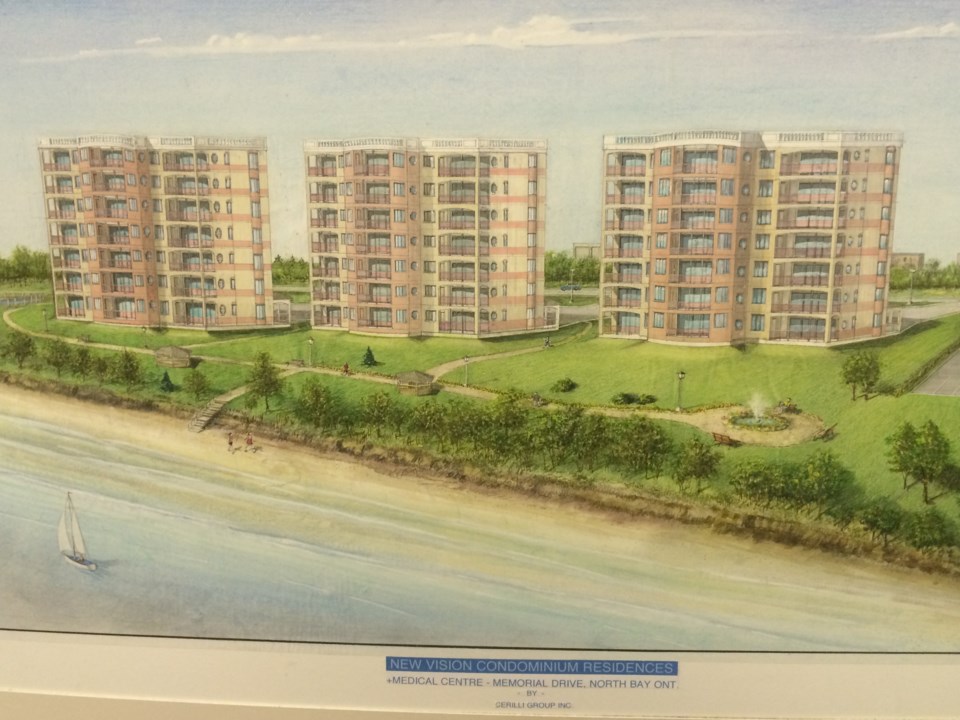 A new condominium project slated for North Bay’s waterfront has been delayed until at least 2020.

New Vision Condominium Residences of Sudbury announced in 2018 its plans for a $15-million condominium development on the site of the former Kenroc/Uniroc Industrial property on Memorial Drive.

The venture would comprise three buildings, each worth $5 million and including 21 units.

The closing date for the sale of the property was initially slated for August, 2019.

However, at a Dec. 3 council meeting, North Bay council approved an extension of the sale to April, 2020.

“All we’re doing is giving them an extension to be able to sign off on all the conditions that were in the original offer. In other words, they’re just doing their due diligence,” said North Bay Mayor Al McDonald, according to BayToday.

“The purchase price did not change. It is just an extension on the offer.”

North Bay has been working on its Waterfront Downtown Master Plan, approved in 2017, which includes a condominium development component.

McDonald noted that any changes to zoning or other bylaws would need to return to council for approval before the project could proceed.

If the deal doesn’t satisfy council's conditions, the city still has the option to walk away from the deal, he added.