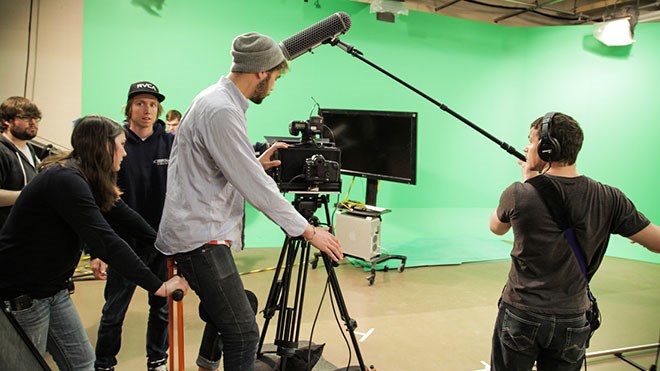 Canadore College and The Stratagem Group have signed a multi-year partnership for operation of the school's post-production film complex in North Bay. (File photo)

Canadore College has signed on The Strategem Group in a multi-year partnership to operate its post-production film complex in North Bay.

In an Oct. 21 news release, the company said the goal of the collaboration is to support northern film productions and bring more business in the industry to the North.

The company expects to immediately hire a team of three to five full-time post-production staff, who will live and work in North Bay.

Founder and CEO Michael Cerenzie, who was born and raised in Northern Ontario, called the opportunity to help develop the northern film industry “a dream come true.”

“The Stratagem Group’s commitment to Canadore College is the culmination of a two-year effort to identify opportunities to accelerate the growth of film and television production in Northern Ontario,” Cerenzie said in the release.

“Canadore not only offers highly respected programs in film and television, but with its entrepreneurial spirit, has also built leading-edge post-production facilities and developed a research park and incubators.”

Over the longer term, as the industry expands, The Stratagem Group expects to create more full-time, part-time and freelance work throughout the North.

The company plans to work with Canadore on designing and developing additional physical post-production facilities to “broaden the capacity for the film industry in Northern Ontario,” and create new training, internship and work placement opportunities through the college’s film-related programming.

According to the company, over the last several years, the annual production spend by the film and television industry in Northern Ontario has almost tripled to $100 million.

“Canadore College is not only committed to offering its students unsurpassed programs in film, television, media and entrepreneurship, but also to supporting their careers and to improving the overall welfare of northern Ontario,” Canadore president and CEO George Burton said in the release.

“By collaborating with The Stratagem Group, we will make an important difference for our students and the economy and employment opportunities in North Bay and throughout all Northern Ontario.”