S3 was trying to make space more accessible by creating low-cost, reusable satellite launchers and it also intended to offer zero-gravity flights from North Bay to the general public in 2017.
0
Dec 19, 2016 11:30 AM By: Jeff Turl 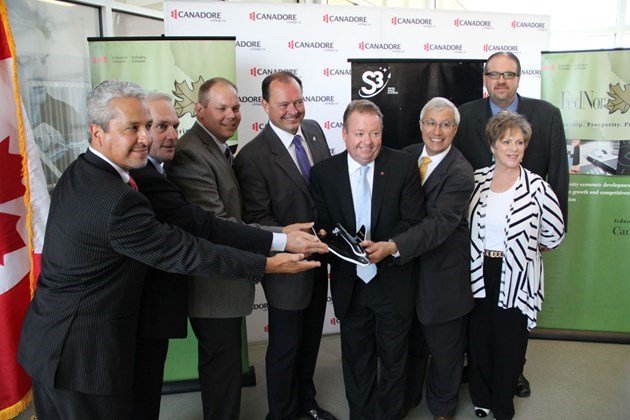 Much fanfare was made in 2014 when S3, a Swiss space-technology firm, received $2 million in federal funding to help establish a testing facility in North Bay. Now the company has declared bankruptcy.

A partnership between Canadore College and Swiss Space Systems (S3) appears to be dead on the launch pad as reports out of Europe say S3 is bankrupt.

Two years ago, then MP Jay Aspin announced funding for a partnership between Canadore Aviation and Swiss Space Systems (S3) as part of a $10-million project that would have seen the development of a composite materials facility followed by the launch of private sector sub-orbital satellites from the region.

Now the space technology firm has been declared bankrupt by a court in Switzerland.

S3 was trying to make space more accessible by creating low-cost, reusable satellite launchers and it also intended to offer zero-gravity flights from North Bay to the general public in 2017.

Tests in preparation for scaled mock-up test flights went very well at Jack Garland Airport two years ago, according to then head of Swiss Space Systems (S3) USA Robert Feierbach, but the company has been silent since.

The company has been struggling financially, and on Dec. 14 the civil court declared it bankrupt.

The news comes at the end of a difficult year for S3.

In August, its founder and CEO, Pascal Jaussi, was beaten up and set on fire by two attackers in a forest.

BayToday tried earlier this year to get a comment from Canadore president George Burton after the company appeared on shaky ground, but got an email from communications representative Jessica Charette that said, "Canadore College president George Burton is optimistic the project will become a reality in the summer of 2017. Canadore continues to wait on word from S3 with regards to the timing for the drop testing program in 2017.”

In February, the S3 project came under scrutiny when Canadore College announced the S3 Zero Gravity Flights campaign was postponed amid reports that the company was facing financial issues.