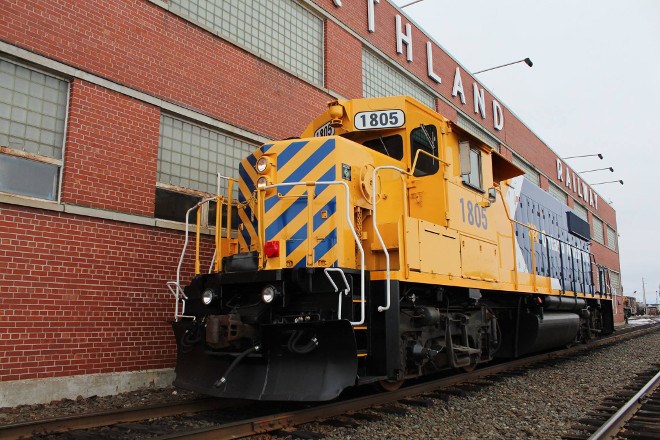 Ontario Northland Railway (ONR) has confirmed that 24 temporary layoff notices have been issued to workers at its North Bay shop.

“Due to a reduction in work in our Remanufacturing and Repair Centre, 24 temporary layoff notices have been issued in North Bay," said Dennis Higgs, the company's vice-president of rail mechanical and remanufacturing, in an Oct. 5 news release.

"This is necessary as Ontario Northland must balance the number of jobs with operational requirements."

Higgs noted that since 2015, when the ONR expanded its capabilities at the remanufacturing and repair centre, the company has added more than 100 jobs.

"I am confident that we will fill this gap with more locomotive, passenger, freight and tank car repair work and call back these employees,” continued Higgs.

One source has suggested that the layoffs are connected to the stalling of a major contract.

In 2016, the ONR signed a four-year contract to refurbish 11 luxury passenger rail cars for the Rocky Mountaineer, which operates tour trains through the Canadian Rockies.

The ONR is owned and operated by the Ontario Northland Transportation Commission (ONTC), a Crown agency that also offers passenger rail and bus service, along with rail freight service.