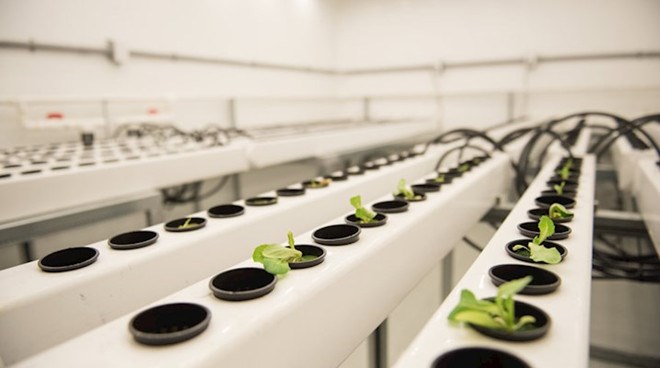 Canadore College is investing in four hydroponic “grow pods,” which will factor into an applied research project to improve food security for vulnerable northern communities.

The North Bay college announced on Oct. 10 it would host four pods from EnerDynamic Hybrid Technologies Corp., a Niagara Falls company the school signed an agreement with in June – along with a second company, Growratio – as part of the development of an on-campus Controlled Environment Agriculture Centre of Excellence.

“The world is changing, and the way we grow our food is inevitably going to have to change. This investment signifies Canadore’s commitment to environmental sustainability and economic viability,” college president-CEO George Burton said in a news release.

“With this technology in our backyard we are able to research best practices and train our students in this advanced field of food production.”

Expected to arrive on campus in November, the pods will initially be used for research and academic training for existing and new programs, including functional genomics and health care administration – Indigenous, the school said.

With a capacity to produce 30,000 pounds of food annually, the college’s off-grid “grow site” will leave zero carbon footprint and won’t contribute to fertilizer in waterways or soil contamination.

Growing can take place 24 hours, without being exposed to elements or pests.

"The pods are the first of their kind to have EHT's proprietary solar energy building systems integrated directly into the exterior surfaces,” EHT CEO John Gamble said in the release.

“By utilizing Growratio's advanced lighting and control systems, we can adjust the cultivation environment on the fly, thus the pods can grow any type of fruits or vegetables as needed.”

Canadore said talks are ongoing with five Indigenous communities that have expressed an interest in the technology. Training would be provided by Canadore.