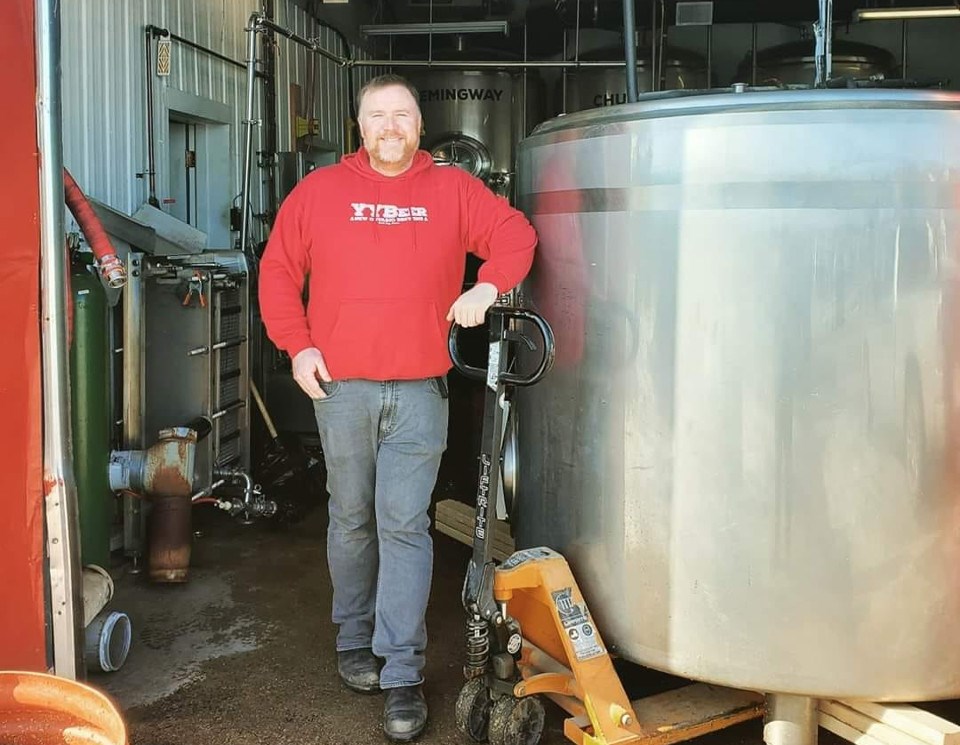 Mike Harrison has the luck of the Irish – and the funding adjudicators at FedNor – on his side as he gets ready to introduce his line of North Bay-brewed suds into the European market.

On Sept. 11, Harrison’s business, New Ontario Brewing Co., was announced as the recipient of $841,973 in federal funding, which will go toward expansion efforts and ramping up production at the five-year-old brewery.

Since opening in 2005, the homegrown brewhouse has gained a loyal following with its variety of ales, stouts and IPAs.

One of the inaugural craft breweries in Northern Ontario, its launch marked the first time in a century beer had been made in North Bay, Harrison noted during a virtual funding announcement.

New Ontario now has draft and wholesale accounts with clients from Windsor to Ottawa to Kenora and everywhere in between, he added.

“We opened five years ago in a 1,200-square-foot building, and we had grand visions, we just didn’t have the floor space or equipment to do it,” Harrison said.

Earlier this year, New Ontario Brewing moved into a 17,000-square-foot former Honda dealership where 12,000 square feet is dedicated to production.

Despite a dip at the onset of the pandemic, Harrison said production is now nearing pre-COVID-19 rates.

The federal funding announced on Sept. 11 will go toward the purchase of automated processing equipment – things like high-tech packaging lines and pumps – which Harrison said would cut the labour-per-litre cost, help the company package more beer, increase its purchasing power, and enable it to become more competitive.

It’s an essential move as New Ontario continues its talks around exporting to markets within the European Union.

The company has earmarked the Republic of Ireland as its first international destination, thanks to existing relationships with distributors and importers there.

“Once you’re inside the EU, the game changes because of the integrated economy,” Harrison said. “So, products can travel fairly freely through there.”

Harrison expects the first of New Ontario’s suds to start flowing into the EU by next spring, a goal reached at least two years earlier than planned because of the support from FedNor.

The brewery’s expansion is also expected to result in some job creation for North Bay.

“Right now, we have 10 full-time production staff, and our hope is to, by this time next year, be up around 22 staff on payroll once we get our manufacturing up and running,” Harrison said.

New Ontario Brewing made headlines earlier this year when it started producing hand sanitizer in response to the COVID-19 pandemic.

Produced under PureNorth Medical, the hand sanitizer is made in small batches and provided to hospitals, pharmacies, grocers, senior care facilities and first responders.

In August, the company received $294,000 through the Ontario Together Fund to support that arm of the business.

New Ontario Brewing will celebrate the grand opening of its new location on Sept. 12.