“We need the citizens to speak up and forward their testimonials until there is assurance of a national broadband fund” – East Ferris Mayor Pauline Rochefort
Sep 14, 2020 1:00 PM By: Dave Dale 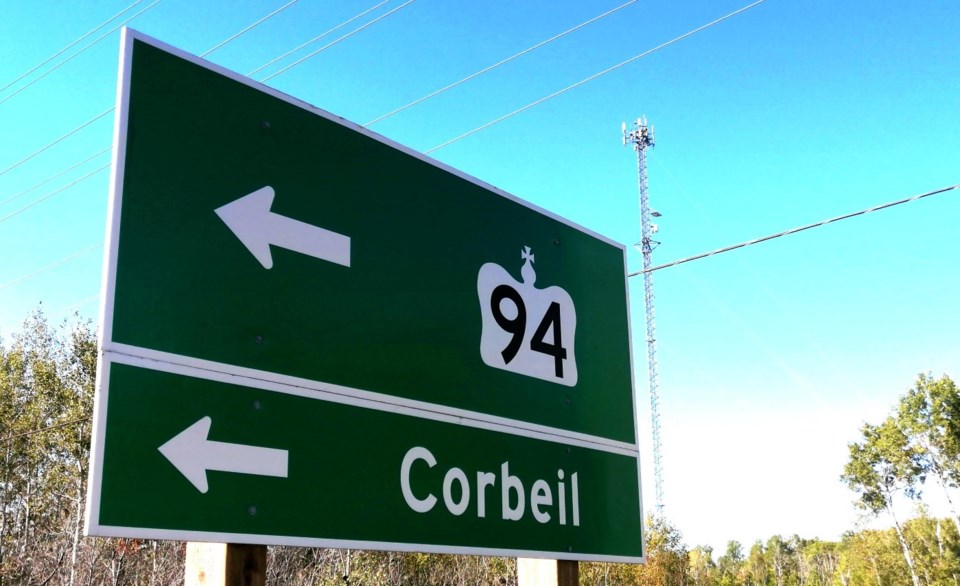 A communication tower at the intersection of highways 17 and 94 overlooks Corbeil Corners. File Photo

Crank up the volume and share your frustrations if you want to improve internet service in rural areas.

That’s the message that came out of a regional meeting this week involving leaders and municipal administrators for communities between Mattawa, Powassan, Callander and North Bay.

Hosted by East Ferris Thursday, the group discussed what they could do locally while also advocating upper levels of government. One of the issues identified as a preference, if current programs reject their applications, is to have funds flow through regional bodies such as FedNor and the Northern Ontario Heritage Fund Corporation (NOHFC).

“It’s definitely making a difference,” East Ferris Mayor Pauline Rochefort told BayToday, referring to how individual residents and businesses that complain are getting better service options. Bell, Rogers, Netspectrum, etc. are responding to concerns now more than before, Rochefort said, adding the same tactic will help when lobbying the feds and province.

“Once you remove the five large urban cities in Northern Ontario… you find that over 50 per cent of properties still have less than 5 Mbps service,” Rochefort said, referring to Blue Sky Net’s recent report on broadband speed in Northern Ontario. More than 600 households from East Ferris, for example, took part in an internet performance test that gave the report solid data.

It would help, she added, if individuals would continue to share their stories of frustration with municipal, provincial and federal representatives so it’s top of everyone’s mind.

“We need the citizens to speak up and forward their testimonials until there is assurance of a national broadband fund,” Rochefort said, adding she hopes a new program to address slow speeds outside urban areas is announced in the Throne Speech Sept. 23.

Also at the meeting was Blue Sky Net, which coordinated a $15-million project application for the municipalities in its Nipissing section. Prepared by Netspectrum (following a request for proposals process seeking technical assistance), the plan is to bring in fibre optics where possible, increase capacity at existing towers and build new towers in strategic areas.

The application was first submitted to the CRTC, which administered a previous national broadband fund, without any luck yet. It also went to the provincial Improving Connectivity in Ontario (ICON) program fund but it was heavily "over-subscribed" so their confidence is low. At the same time, a matching federal fund hasn't been announced.

One of the problems, Rochefort said, is that other regions have stronger lobbying bodies that are able to win what little funding is available, which is why they’d prefer the former structure that flowed money through FedNor and NOHFC so this region has a fighting chance.

Nipissing MPP Vic Fedeli, minister of economic development, job creation and trade, said it's too early to give up on the ICON application and confirmed that the need for broadband is very high up on the priority list.

"The need has never been greater," he said, referring to the magnitude of teleconferencing taking place during the pandemic.

"Don't lose hope; it just started," Fedeli said, noting the closing for applications for the $150-million fund for rural broadband was just a couple weeks ago. "We're looking for the feds to come to the table."

Nipissing-Timiskaming MP Anthony Rota said he’s been in discussions with Rochefort on the issue and confirmed a new program is expected to be announced sometime this fall.

Being created by the Ministry of Rural and Economic Development, Rota said it will “take into account” those communities that are working together to solve such problems.

“Mayor Rochefort has been really good at bringing the communities together,” Rota said, noting she has been to Ottawa several times lobbying for assistance and making this area’s voice heard.

“It is understood that the solution to this problem lies in all stakeholders working together to include citizens and businesses, telecommunication companies and all levels of government,” Rochefort stated in a media release Friday.