With Wyloo on their heels, Noront CEO focuses on a 'green' metal future with Ring of Fire deposits 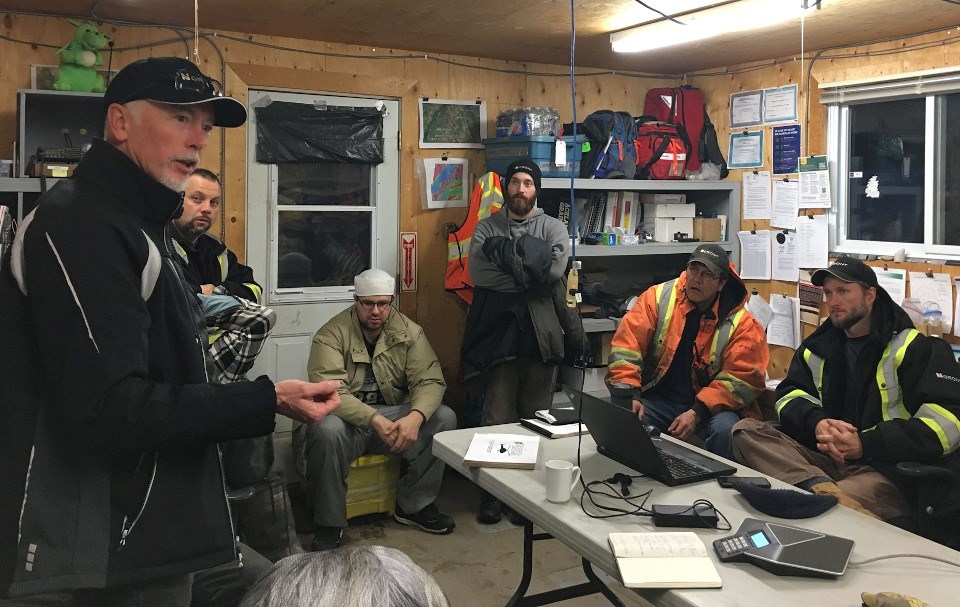 Even the spectre of Wyloo Metals' takeover bid hanging over his head didn't deter Noront Resources CEO Alan Coutts from talking like the future mining kingpin of the Ring of Fire.

In his June 9 webcall to investors for Noront's annual regional meeting, Coutts addressed the Australian elephant in the room by methodically walking shareholders through the process of digesting Wyloo's unsolicited $133-million bid to acquire the Toronto junior miner before delving into his company's ambitious plans for 2021 and beyond.

Wyloo came aboard last December as Noront's biggest shareholder at 23 per cent before announcing its intention to make an all-out bid to pick up all the common shares of Noront it does not currently own.

If there's been one upside to the past pandemic year, Coutts said it's been a bull market in base metals and the Elon Musk-generated excitement over all things to do with electric vehicles.

Noront is sitting on an uncalculated amount of high-grade nickel, copper and chromite in the James Bay region, 500 kilometres northeast of Thunder Bay, with a huge 156,000-hectare land package that could host multiple deposits lasting generations.

First production at Eagle's Nest is slated for late 2026 if a 300-kilometre-long gravel road running north from Nakina is completed on time under the provincial government's watch.

Noront possesses three of the six critical metals identified by the World Bank as powering the electric vehicle battery sector and the 'green' global economy.

It's what brought attention to the Ring of Fire and Noront by Australian mining company Wyloo Metals, owned by billionaire mining magnate Andrew Forrest.

"They're the kind of assets that will be critical to supporting the decarbonization of our economy as demand for battery metals and related raw materials continue to grow," said Coutts.

In the past, Coutts, a former Falconbridge executive, has often spoken of his company as being a mine builder and of the Ring of Fire being Noront's version of the Sudbury basin, with more than 100 years of mining potential.

It was their stated intention to make the rare jump from junior mining status to major miner and even manufacturer, with ferrochrome production plans for Sault Ste. Marie.

The exit of Cliffs Natural Resources and other companies from the James Bay region in 2015, and in the years after, allowed Noront to consolidate more ground and become the leading mining developer, albeit with limited financial resources.

"We've ended up with an entire mining district under our control under the flag of Noront," said Coutts.

Coutts reminded investors they're in "great shape" on the asset front considering the open-ended potential in the Far North exploration camp to make new discoveries of nickel and even gold in the years to come.

Without tipping his hand, Coutts gave assurances to investors and their First Nation community partners, who share the company's vision of mining in the Ring of Fire, that they'll deliver the "best outcome for you."

Wyloo hasn't made a formal offer for Noront, only announced its intention to do so.

Because Wyloo is a Noront shareholder, an "insider," they're required under Ontario securities regulations to get an independent evaluation of Noront, which is currently underway by an independent third party. That will take several weeks to complete before Wyloo can make a formal offer.

Noront's formed a special committee of independent directors who'll assess Wyloo's offer and make a recommendation to shareholders to accept or reject Wyloo's bid. Shareholders will have 105 days to make a decision.

The prices for nickel, copper and other commodities have soared since Noront finished its feasibility study of Eagle's Nest 11 years ago, making the case to build the first mine in the Ring of Fire.

That's been cause for Noront to rethink the entire project economics.

With the ability to produce two separate streams of copper and nickel concentrates from this deposit, Coutts said they could dive even deeper into the electric vehicle battery market.

The nickel concentrate could go the traditional smelter route, to plants like Sudbury, or, Coutts said, it could be further processed in a purpose-built plant, owned by Noront, that would make battery metal chemicals or battery precursor material.

"This opens up all sorts of options for us as a company," Coutts said. "We think all that work will be positively viewed by the market and by our shareholders."

Excited about that possibility, Coutts said those plans will be folded into a new feasibility study, beginning with an early-stage preliminary economic assessment to be launched within six months.

On the exploration side, Coutts said there's huge upside.

Seventy nickel targets have been identified – ranging from very advanced to the grassroots stage – which will be the focus of their exploration work over the next three to five years.

Still in the picture are Noront's three undeveloped deposits of chromite, a key ingredient to making stainless steel.

Coutts expects high future demand for stainless steel, as high-quality metals are always needed for power generation, such as in wind turbines.

"Noront has the best undeveloped chrome deposits anywhere in world."

There's also gold in the system, repeatedly hit while Noront was drilling for chromite.

Wyloo Metals would put proposed Sault ferrochrome plant under the microscope, if successful in bid for Noront Resources
Jun 7, 2021 12:00 PM