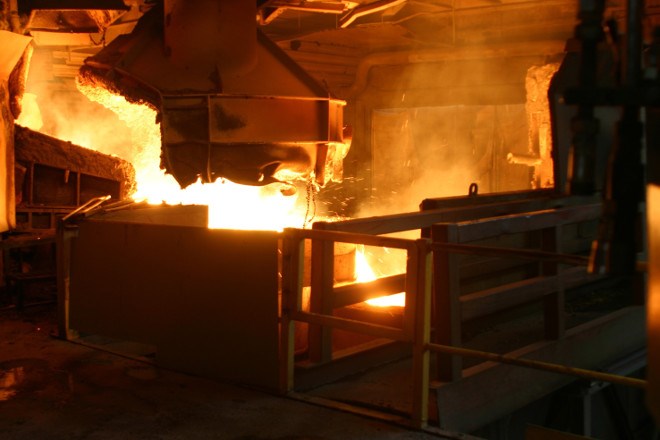 Noront Resources has narrowed its search for a Northern Ontario host community for a future $1-billion ferrochrome smelter to Sault Ste. Marie and Timmins.

Thunder Bay and Sudbury have been removed from consideration for a ferrochrome production facility, the company announced late on the afternoon of July 13.

Noront employed Hatch Engineering to help them with the evaluation process based on environmental and site suitability, capital costs, operating costs and an assessment of community acceptance of hosting the facility.

“The quality of the submissions was outstanding and demonstrated a significant effort by each of the communities involved,” said Noront president-CEO Alan Coutts in a company news release.

“They each provided a compelling case that illustrated the merits of their location as a host for the ferrochrome production facility.”

The Toronto junior miner, which was supposed to announce a production location this summer, is looking toward the end of this year before making an announcement.

The company said the Sudbury proposal –which involved a former Inco smelter site in the suburb of Coniston – had the lowest operating cost but it would involve significant capital costs to prepare the site with earthworks and the re-establishment of critical infrastructure.

McKellar Island was the site that was featured, one of two large islands in the delta of the Kaministiquia River, flowing into Lake Superior.

However the presence of a water body transecting the property reduced the environmental acceptability of the site and costly power infrastructure needs created a further issue.

The company said the last phase of the selection process now begins which includes negotiating terms with the owners of the two favoured sites.

Timmins has been touting the former Kidd Metallurgical Site, the last smelter permitted in 1980, to Noront.

The smelter and refinery were closed by Xstrata Copper in 2010 but the property is being used by Glencore as a concentrator for the nearby Kidd Creek base metal mine.

The site will be vacated when the mine closes in 2022.

Though disappointed, Thunder Bay officials were hopeful the city will see some of the spinoffs that will emanate from the massive and untapped mineral camp in the James Bay lowlands.

“The presence of water adjacent to the site presented an environmental risk to the project proceeding here. Our strengths give us a strong base to build on for future projects including supporting Noront in Thunder Bay in terms of logistics, back office work and as a service, supply and bedroom community for the North.”

“While we are disappointed the plant will not be built in Thunder Bay, we continue to see many opportunities for value‐added benefits such as road building, provision of materials, and labour force growth as a result of the ferrochrome production facility being built in Northern Ontario.”

In a statement, City of Sault Ste. Marie officials said they're looking forward to continue working with Noront.

“I want to thank Noront Resources for their professionalism throughout this process, and I appreciate the working relationship we have developed with its management team,” said Mayor Christian Provenzano, who journeyed to Toronto to make the city's presentation to Noront in-person.

"Today’s announcement means our work on this file is not finished. Moving forward, community and First Nation consultation is an integral aspect of the site selection process. It is important to the leadership of the community, and the community itself, that a broad and substantial effort is made to educate the public about the current technological process involved in a modern ferrochrome production facility (FPF).

During the next stage of this process, Noront will continue discussions with Essar Steel Algoma regarding the location of a potential FPF on the property.

“A lot of hard work went into producing a high quality, comprehensive submission, and it is great to see it has been well received by Noront,” said project lead Dan Hollingsworth.

“Noront has been a tremendous organization to deal with, and I am looking forward to continue working with them. Throughout this process, the company has reiterated its commitment to community engagement along with best-in-class technologies and environmental practices.”

In a statement, Greater Sudbury Mayor Brian Bigger also expressed disappointment that the capital costs to re-industrialize the former Inco Coniston smelter site proved too costly for Noront, and that some community opposition further played a factor in the company’s decision.

“While this was difficult news to hear, they also reinforced what we already know; that our strength in the industry is in our labour force, the cost of doing business in the community and the supply capacity of the sector.”

But Sudbury will benefit from one aspect of the Ring of Fire as nickel ore from Noront’s Eagle’s Nest deposit – the first mine to be developed – will be processed in the city with either Vale or Glencore.

“We are very much looking forward to continuing to work with Noront Resources with opportunities that present themselves from the Ring of Fire, such as the refining of nickel in our community,” continued Bigger.

“I will continue to champion economic development and job creation in our community, and will use the information provided today to refine our strategies moving forward. I would like to thank staff and our community partners for their hard work and collaboration during this entire process.”