Could the road, railway to the Ring of Fire be built by foreign workers? 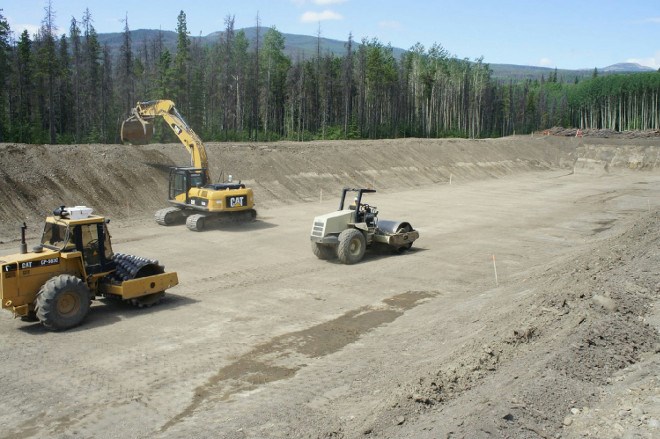 A union representing heavy equipment operators claims the Trans-Pacific Partnership opens the door to an influx of temporary foreign workers that will cost jobs in Canada.

The International Union of Operating Engineers said a loophole in the trade deal signed by the Canadian government this month could take wages offshore and stands to undermine the Canadian economy.

"By signing this deal, the Liberals are failing to protect construction workers in this country,” said Mike Gallagher, business manager of Local 793 in Oakville, representing nearly 15,000 crane and heavy equipment operators across Ontario.

The Comprehensive and Progressive Trans-Pacific Partnership (CPTPP) was signed March 8 by International Trade Minister François-Philippe Champagne and 10 other countries in Santiago, Chile.

“There are provisions in this trade pact that can be exploited by foreign construction companies at the expense of Canadian workers and our economy,” said Gallagher in a March 12 news release.

"This deal, in our opinion, could open the door to under-skilled and under-paid temporary foreign workers being allowed to enter Canada to work – something that is unacceptable to our union."

Conceivably, Gallagher said the potential to employ First Nations peoples and construction workers to build railways, roads, and infrastructure in Northern Ontario’s Ring of Fire mineral belt could be lost to foreign companies and workers.

Gallagher called the signing of the trade deal “out of step” with Ottawa’s budget pledge to advance the cause of women, Indigenous peoples and address youth unemployment.

"Can the Liberal government give us a guarantee that we won't have Canadian jobs ripped off by offshore contractors and foreign workers?"

He envisions an unfair project bidding climate where Canadian companies can’t compete against international companies that could bring in cheaper labour.

Gallagher said there is no “Canada-first provision” preventing a foreign company from bringing in its own workers from abroad to do project work.

The union said according to a side-letter to Article 12.4, there is no limit on how many foreign workers, classified as “specialists,” could be granted temporary entry and permitted to work up to three years.

Gallagher said the United States “saw the light” and withdrew from the trade deal on Jan. 23.

"We have plenty of skilled, trained workers here in Canada and are concerned that the government has gone ahead and signed this deal without closing those loopholes,”

He wants clarification that unlicensed crane operators and operators of heavy equipment from abroad would not be able to circumvent licensing requirements in Ontario.

"Construction equipment is large and dangerous and members of the public and other construction workers could be in danger if foreign workers were permitted to work in Canada without so much as a demonstration of skills test to prove their competency. This must be avoided at all cost."

Gallagher points to an April 2007 incident where two temporary foreign workers were killed near Fort McMurray, Alta. when a storage tank roof collapsed on them at a Canadian Natural Resources site.

The workers were employed by the Canadian subsidiary of Chinese engineering firm Sinopec Shanghai Engineering Company (SSEC). Canadian National was fined $10,000 and SSEC was ordered to pay $1.5 million in penalties.

In 2012, HD Mining International brought in more than a dozen Chinese miners to develop the Murray River coal mine project. The workers were sent home after Local 115 of the International Union of Operating Engineers and Local 1611 of the Construction and Specialized Workers Union challenged the company in court.

Gallagher said they have support from the Dairy Farmers of Canada, Unifor, the Canadian Vehicle Manufacturers' Association and the Council of Canadians because of the open access foreign companies will have to the Canadian market.

Village Media acquires Northern Ontario Business
Mar 20, 2020 9:21 AM
Comments
We welcome your feedback and encourage you to share your thoughts. We ask that you be respectful of others and their points of view, refrain from personal attacks and stay on topic. To learn about our commenting policies and how we moderate, please read our Community Guidelines.