Weighty decisions ahead for Sault airport, faced with precipitous drop in air travel

Federal bailout might be coming for the airlines, nothing on the radar for airport operators
Oct 7, 2020 1:39 PM By: Ian Ross 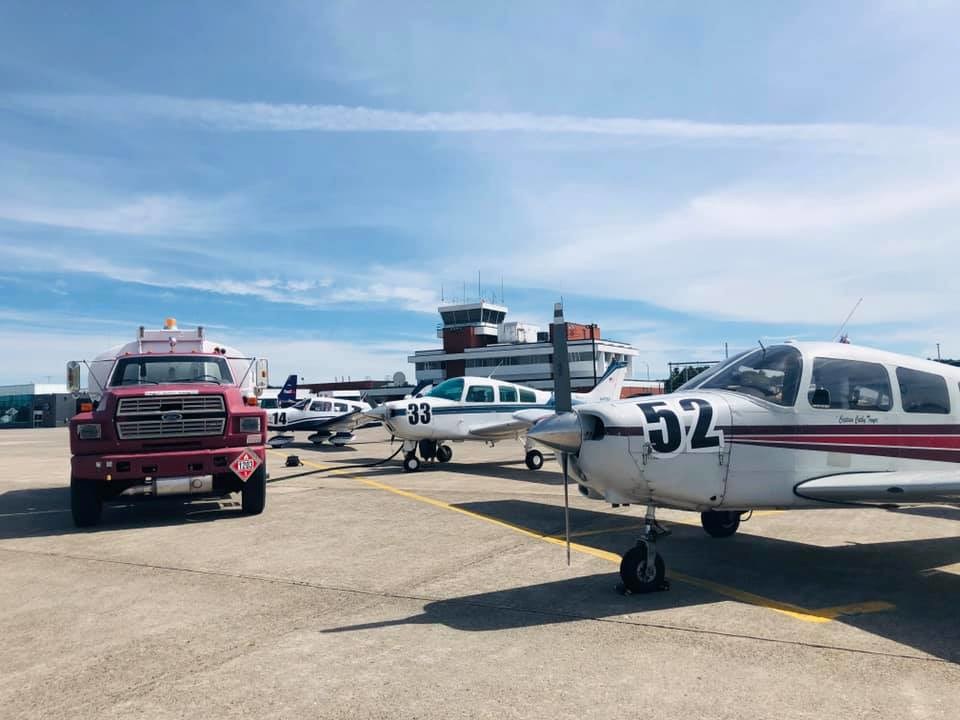 The Sault Ste. Marie Airport Development Corporation has experienced an overall 92 per cent drop in passenger traffic over the last six months since the onset of the pandemic in April.

The private not-for-profit corporation released passenger and aircraft movement numbers for September, showing an 83.4 per cent drop in passenger numbers and 81 per cent fewer flights compared to the same time in 2019.

In April and May, with tight travel restrictions in place, the Sault airport passenger numbers were averaging more than 60 people a month.

Traffic was trending toward past the 3,000 mark in August before dropping below 2,800 people for September with a second wave of coronavirus now underway.

Airport CEO Terry Bos said the corporation forecasts a drop of more than $2 million in operational revenue – 57 per cent – for the 2020-2021 fiscal year, and $1.5 million decline in capital revenue, about 74 per cent.

With small and mid-sized airports like the Sault relying exclusively on user fees, leases, parking and various Airport Improvement Fees for its operational and capital costs, the delayed recovery is taking its toll.

The airport said in a news release that it's furloughed 45 per cent of its workforce.

The September federal throne speech mentioned subsidizing the major airlines to re-establish routes into regional markets, but provided no details.

This comes after Air Canada decided in June to suspend flights to 30 regional markets across Canada, and close eight stations in smaller markets, including North Bay, due to the drop in air travel caused by the pandemic.

There's no indication of what Ottawa – or even the provincial government – is prepared to do to support airport operators, like Sault Ste. Marie, that could face downloaded costs from potentially new government-mandated health protocols while locally generated revenue streams dry up.

In an email, Bos said he hasn't heard of any plans in the works from senior levels of government to offer funding relief for airport operators.

"We have been able to take advantage of the wage subsidy due to our private not for profit ownership structure," said Bos, "but even it is seeing the percentage of support reduced every month now. There has been no indication from the provincial government of any potential funding, nor has the municipality indicated any relief. In fact, a lot of what the municipality provided in relief within the municipality did not apply to us. For instance, they reduced the sewage surcharge, but we have our own water and sewage so no relief to our operation."

As to what the ramifications are for his operation if nothing is forthcoming over the next few months, Bos said management and the board are looking at a number of initiatives to reduce costs heading into the winter, such only plowing out half of the parking lots and not providing winter maintenance on a number of taxiways.

"We continue to look at any and all avenues for reducing costs, however, there are a lot of fixed costs that we can’t get around. We have looked at potentially reduced winter operations hours which would not likely impact commercial traffic greatly due to their reduced schedules, but we always need to be cognizant of the fact that a medivac flight could happen at any time."

Relief on the way for Northern highway travellers
Oct 9, 2020 4:30 PM
Comments
We welcome your feedback and encourage you to share your thoughts. We ask that you be respectful of others and their points of view, refrain from personal attacks and stay on topic. To learn about our commenting policies and how we moderate, please read our Community Guidelines.