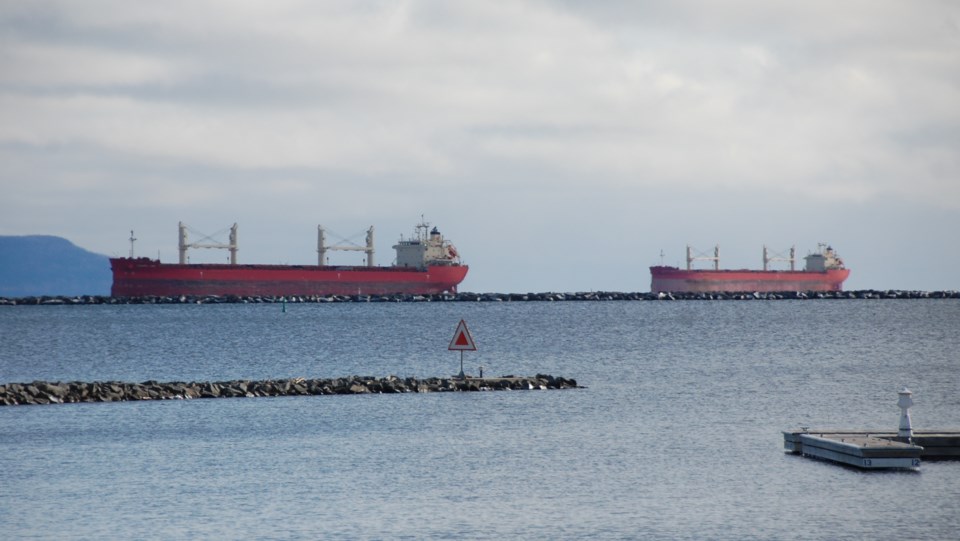 With a strong harvest expected in Western Canada, the Port of Thunder Bay looks to be headed to its best year in decades in overall cargo tonnage.

In releasing cargo statistics for August, the port authority reports that grain volume is up 27 per cent from the same time last year at the halfway mark of the Great Lakes shipping season.

"That volume hasn’t been handled in Thunder Bay in a single year since 1997," he said a news release.

Pandemic-related disruptions to global supply chains continues to boost demand for Canadian grain, already buttressed by the large 2019 harvest on the Prairies that's been in storage and an anticipated record crop this year.

The authority said performance metrics of port operations, measured by Quorum Corporation, indicate that vessel loading times and rail car cycle times are much improved this year over last, something authority CEO Tim Heney finds remarkable during a pandemic.

“The many participants in the grain supply chain, from rail to terminal to vessel, have had to deal with added health and safety protocols employed to prevent the spread of COVID-19. They’ve done so without compromising productivity, ensuring the distribution of vital goods."

Port calls by foreign-flagged vessels through the end of August sits at 89, up from 60 during the same time last year.