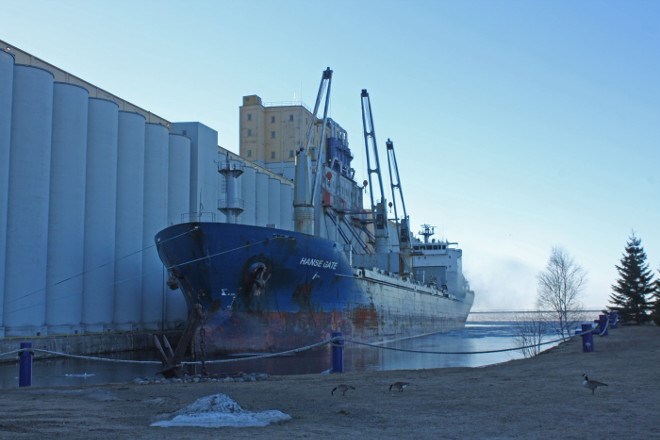 Just under a million tonnes of cargo moved through the Port of Thunder Bay between March 28 and April 30.

That was up by a third from the five-year average of 750,000 tonnes and 10 per cent higher than during the same time last year.

A May 10 Thunder Bay Port Authority news release said the number of ocean-going ships arriving in the harbour this spring to load grain is up compared to the opening of the shipping season last year.

Contributing to that trend is the large amount of Western Canadian grain that was arriving by rail for weeks prior to the opening of the navigation season.

The authority said “above-average” movement continued into the first week of May, an indicator that grain shipments will likely remain strong through the next month.

The first general cargo of the season was an inbound European steel shipment, which arrived aboard the Federal Margaree, and was railed west to Alberta. On the way out, the ship loaded potash for Belgium.

On the development side, the port authority lands are undergoing a major construction reconfiguration.

Excavation is being done to create new laydown areas for cargo staging and storage, expansion and upgrading of the terminal railway track, and the construction of 50,000-square-foot heated warehouse. Construction of the building is expected to be underway before summer.

The $15-million project is funded by the federal National Trade Corridors Fund, the Northern Ontario Heritage Fund Corporation and the port authority.