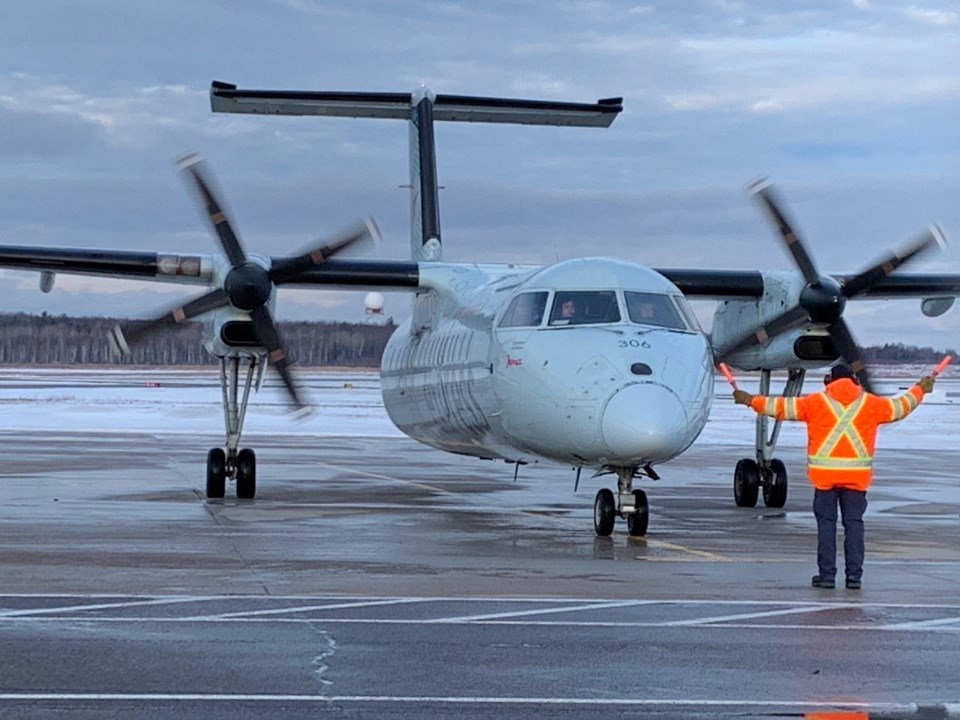 "It's positive news for a change," he told BayToday.

He expects 10 to 15 airline-related jobs will be returning as Air Canada Jazz is already retraining staff to prepare for the resumption of service.

Meanwhile, Santerre said the airport is already in operational mode.

"The airport was never closed so we continued to function providing regularly scheduled service for other air carriers. All of our safety protocols are in place so for us, it's a return to the service that was here before. There's no significant gear-up from the airport corporation, but from the airlines, there will be people coming back to work."

Air Canada will start gradually in North Bay with three flights a week on Monday, Wednesday, and Friday. By late July that schedule will increase to one flight per day, then increase to two per day in the fall.

Santerre said as things rebuild, the intent is to build the operation back to be sustainable with no support from the city, which he said was key.

"It absolutely helped us maintain the operation through this past year. Up to that point, we were self-sustaining and we expect to return to that position once traffic rebuilds."

But he warns that everything is not going to fix itself overnight.

"It took us 12 months to get to this level so I don't suspect everything is going to be 100 per cent overnight, so there will be a build-back process. But we'll definitely need the region to support the service as well."

"Air Canada's domestic peak summer schedule beginning at the end of June has been developed to advance the country's economic recovery and support Canada's tourism and hospitality businesses during the important summer period," said a news release from the national air carrier announcing the re-establishment of select regional routes.

"As customers are ready to travel, Air Canada is taking a leadership position to support our partners in Canada's tourism and hospitality sector with service to 50 destinations from coast to coast, the re-start of regional services and new, non-stop flights.

"We are especially proud that our new state-of-the-art, Canadian-manufactured Airbus A220 aircraft will be operating across Canada. With our industry-leading CleanCare+ bio-safety protocols, promotional fares including for our premium cabins, compelling Aeroplan opportunities, and our new refund policy offering additional peace of mind, customers can book Air Canada with confidence.  We look forward to welcoming you onboard when you're ready to fly," said Galardo.

Air Canada is Canada's largest domestic and international airline, and in 2020 was among the top 20 largest airlines in the world.