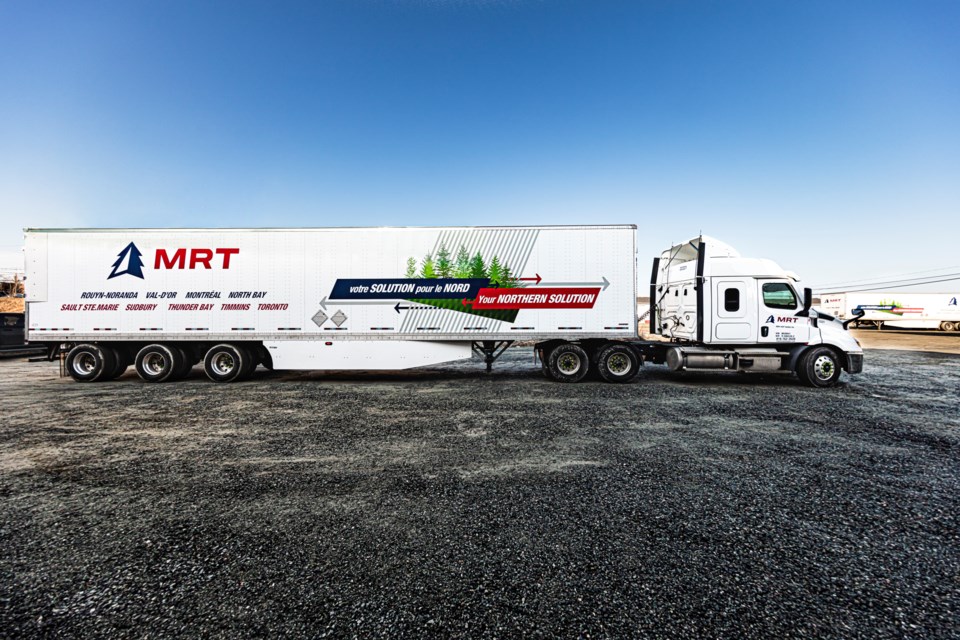 The company, headquartered in Rouyn-Noranda, Que., announced on May 4 it had acquired land and is undertaking the construction of a new terminal in each of the two cities.

They’ll add to the company's existing Northern Ontario holdings, which include facilities in Timmins, Thunder Bay and Sault Ste. Marie. The company has additional depots in Val-d’Or, Mont-Laurier and Dorval, Que, as well as in Toronto.

“It allows us to optimize and thus reduce the transit time of goods moving to Northern Quebec and Ontario to major centres, or vice versa.”

Roy said the new Sudbury and North Bay terminals are part of a $30-million, five-year plan to develop the “niche market” in Northern Ontario and Quebec.

Last January, the company relocated its Dorval terminal to a new location, adding loading docks and transhipment spaces to accommodate the growing needs of customers.

MRT followed that by establishing its Logistics division in Vaudreuil-Dorion last spring.

Established in 1998, MRT offers a range of transportation and logistics services, including full or partial truckload, freight brokerage, and lumber, mining or equipment transport.

The company includes in its fleet 80 tractors and 200 trailers and employs 130 people.