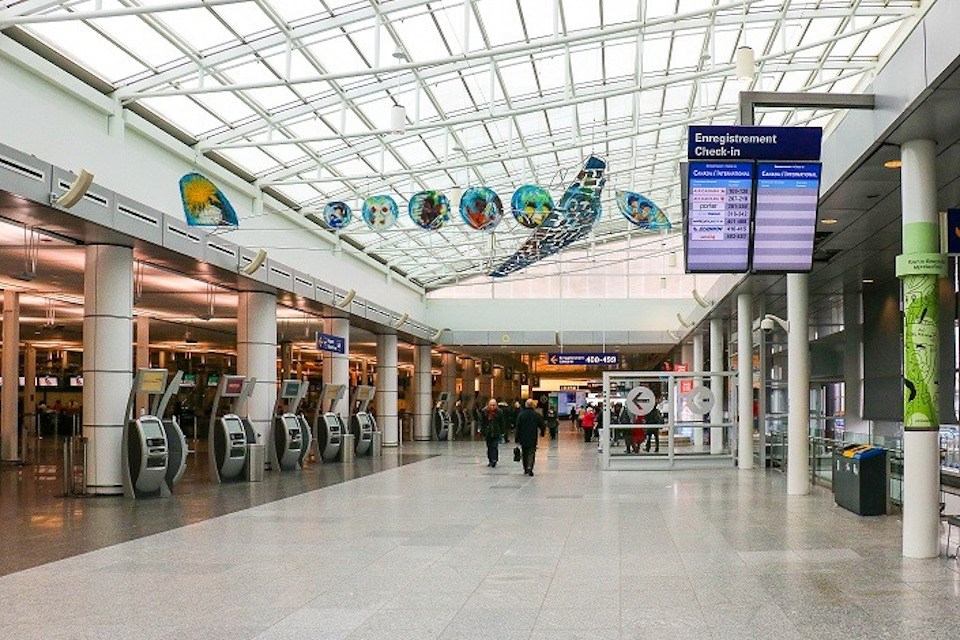 When Terry Bos perused the almost $800-million federal aid package rolled out for the struggling aviation sector, he read little that provided him with a sense of relief.

"There, in essence, is nothing for regional airports," said the CEO of the Sault Ste. Marie Airport Development Corporation in summing up the air sector package released in the federal Fall Economic Statement in early December.

From his reading of the raft of program funding, Bos said much of it looks geared to supporting Canada's major airports rather than the regional facilities.

"We were doing well coming into this pandemic and now the government seems to want to leave us out to die," he said.

Like many regional airports across Canada feeling the pain of lost revenue, Bos has watched his monthly passenger volumes plummet since the March outbreak.

Since 2016, the Sault airport was breaking monthly and yearly records on a regular basis – boosted by Sunbelt charter flights – in surpassing volumes of more than 200,000 travellers a year.

At the outbreak of the pandemic in March, air traffic through the Sault cratered to a few dozen a month throughout the spring.

The numbers slightly rebounded to a high-water mark of 3,170 travellers in August, before dropping to 2,700 in the succeeding two months as second wave of COVID-19 took hold. The airport recorded more than 2,213 passengers through the terminal in November.

Bos said they're projecting to see 25,000 passengers this year.

"At some point, tough decisions would have to be made as to operations, as eventually reserves could run dry if this goes on for a long time," said Bos, without specifying.

The corporation employed 22 people pre-pandemic, including five winter seasonal workers. They're now down to 14, including one part-timer.

The Sault Ste. Marie Airport Development Corp. self-generates all of its operation and capital costs through user fees, leases, aircraft and vehicle parking.

The corporation is a creation of a national policy from the 1990s when Ottawa transferred ownership of many airports to local or private authority interests. The Sault's airport governance was set up as a private not-for-profit.

Other regional airports in Northern Ontario are run by municipalities, or are owned by cities with an operating corporation.

The larger airports are part of the National Airports System, the major hub airports formerly operated by government, which handle most of the nation's passenger volumes.

Like others, they cover their own operating and capital costs but must also pay ground rent to the federal government. Those airports are getting at least three years of rent waivers.

"It is not a one-size-fits-all industry; that is the problem," said Bos. "We are really unique in being the only private regional-sized airport."

But to stay operational, Bos said his corporation has been forced to tap into diminishing reserves, using money that was set aside for capital upgrades, such as its 1960s-era crosswind runway.

At the same time, there are the increased costs from cleaning, sanitization and other the COVID-related safety measures with new signage and plexiglass barriers, all while maintaining the airfield to regulation standards. "So, not a lot of ways to reduce costs."

In leafing through Ottawa's relief measures, Bos said regional airports won't qualify for the large $500-million pot set aside for safety and security infrastructure, nor the $65 million in additional funding for airport authorities, based on the wording.

And he's not confident that they'll be able to access the $206-million fund set up to restore regional air connectivity, which will be delivered through federal development agencies. He bases that on a recent track record by FedNor of not approving any of the Northern Ontario airport applications to the COVID-19 Regional Relief and Recovery Fund.

The $186-million boost to the Airport Capital Assistance Program (ACAP), a critical but much-maligned fund, doesn't fill Bos with a sense of optimism either.

ACAP funds are usually designated for rehabilitation projects like runways, taxiways, aprons, or lighting at Canada's smaller airports where there's not the swell of traffic to generate the funds to pay for capital improvements.

Over the years, airport managers have complained of ACAP being underfunded, too complex, very prescriptive, and not keeping pace with the rate of inflation.

Bos said the amount of funding available is pegged to the level of airport activity, based on a three-year rolling average. Airports of fewer than 55,000 commercial passengers receive 100 per cent of funding.

With few details available, he's concerned the new funding formula won't reflect their lower numbers and they may not get their fair share of funding.

The Canadian Airports Council has responded by reiterating its recommendations to Ottawa to give airports more "meaningful support" to restore the national network.

Looking to 2021, Bos said the distribution of a vaccine offers some light at the end of the tunnel that traffic will pick up during the second half of next year. But he expects there to be lingering doubt among the travelling public until there's a widespread confidence that the virus has been eradicated.