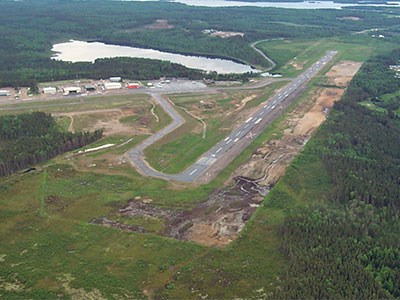 Ottawa is coming through with relief for Canada's cash-crunched aviation industry in its Fall Economic Statement.

The feds introduced a $796-million aid package in support to a transportation sector that's been decimated by pandemic-related travel restrictions which have grounded planes, drastically reduced regional service, and caused the layoff of thousands of workers.

To help the small and regional airports, the government pledges $186 million over the next two years for the much-maligned Airports Capital Assistance Program (ACAP). Federally-owned small airports, not currently eligible to tap into ACAP, will get access in 2021.

To restore regional air transportation, including helping regional air carriers, $206 million will be available, starting this year and next, and delivered through the government's regional development agencies under the banner of what's being called the Regional Air Transportation Initiative.

Larger airport authorities will be able to dip into a $500-million safety, security and infrastructure pot over the next six years under a new transfer payment program.

Airport authorities will receive an additional $65 million in new funding over the next two years.

For Canadians that got stuck with vouchers for trips they couldn't take, Ottawa said part of its negotiations to bail out the major airlines involves refunding travellers for cancelled flights and restoration of regional service.

The National Airlines Council of Canada - representing Air Canada, Air Transat, Jazz Aviation LP and WestJet - said other countries have thrown support behind their own domestic air service months ago, while Canada "remains a global outlier and is ostensibly stuck at Stage Zero on the government planning process."

"This lack of action does not reflect the economic importance of the sector to Canada's overall recovery, nor the need to ensure Canada's largest carriers can continue to compete internationally."

The group said the government has outlined a $206-million budget to support for regional air transportation but not provided any details on how those routes can be economically and financially restored.

They're also asking the governments to move forward quickly on a "clear and effective testing regime" at all airports.