OPINION: Government is the one holding up progress on passenger rail 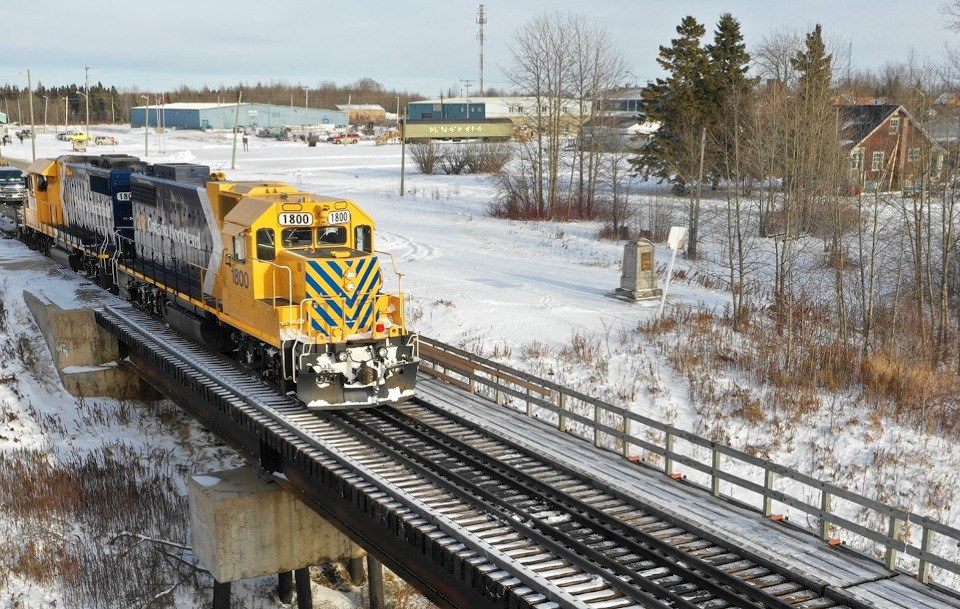 The Ministry of Transportation (MTO) is seeking feedback from Northerners to "better understand the unique transportation needs of people and businesses" situated along the Toronto, North Bay and Cochrane/Timmins rail corridor to "help develop a plan to improve the transportation system" in the region.

Remind me again, didn't the Ontario Northland Transportation Commission (ONTC) just submit its very own passenger rail business case earlier this year? Wasn't this the same crown corporation the MPP for Nipissing lauded for its capabilities to produce a credible plan? At least it's the impression I had considering how this taxpayer-funded document remains under lock and key, and how I've been waiting eight months on an appeal to see it for myself.

A little more than two years into the current government's mandate and this is where we're at in the process? What's the holdup? This is data collection that should have been completed long ago.

Is it a matter of not knowing whether there is sufficient ridership? Well, we know by the government's own admission that exceeding 35,000 annual riders is evidence that there is ample demand for the Northlander. Additionally, the citizen's group I originally founded – All Aboard Northern Ontario – collected more than 50 testimonials from seniors, students and medical patients indicating the negative repercussions they have felt as a result of losing the train.

Is it because of a lack of resources to work with? I would find that hard to believe considering the MTO and ONTC are publicly funded.

No. When you get right down to it, our elected officials are the ones who are holding up progress on the restoration of the train that was unjustly taken from us eight years ago. Their need to 'study' the issue for a second time is nothing more than a stall tactic.

Folks, this isn't rocket science. Northerners require no less than a daily passenger train that reliably connects them to communities they need to travel to, in reasonable comfort and at an affordable price.

To maximize this train's full potential, it must provide service to each of the 20 communities it previously stopped at and the dozen or so cities and towns along the route that were ignored for no apparent reason. To attract riders, fares need to be competitively priced, similarly to GO Transit and VIA Rail. Passengers should be able to connect seamlessly between the Northlander and other government-funded modes of transportation at Union Station in Toronto.

Within its first year at the helm, the government launched GO Train service in St. Catharines and Niagara Falls. In the midst of a pandemic, they expanded motor coach service to northwestern Ontario. It is now time for them to move beyond studies and actually follow through with their commitment to restore passenger rail to northeastern Ontario.

Elvis Presley once famously said, "A little less conversation, a little more action." Talk is cheap, and time is ticking away. We've seen the Northern Ontario Growth Plan and the Northern Ontario Multimodal Transportation Study come and go. Despite the existence of these two documents, the region has become more isolated than ever.

The fate of passenger rail rests entirely in the hands of the provincial member of parliament of Nipissing, the Minister of Transportation and the government. It will be on their watch if this promise isn't upheld before the next election.

Éric Boutilier is the founder of the All Aboard Northern Ontario citizen's transportation action group.