Kasper Transportation CEO says Rickford has 'backtracked' on commitment to work with private carriers
Sep 3, 2020 10:00 AM By: Gary Rinne 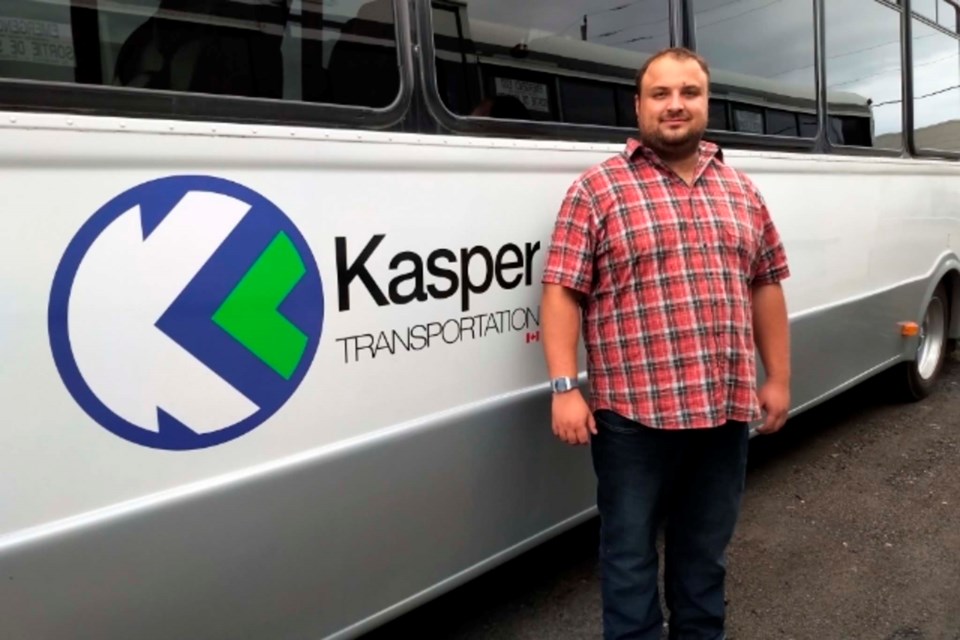 Kasper Transportation CEO Kasper Wabinski says the Ontario government is using taxpayer money to run his business out of town.

Kasper Transportation already operates between Thunder Bay and Fort Frances. It also has other routes, including between the city and Sioux Lookout, Longlac and White River.

Wabinski alleges that Northern Development Minister Greg Rickford has "backtracked" on commitments made in the past to work with existing private bus operators in partnership with ONTC.

He also said none of the funding that was promised for bus transportation has come through.

However, In Fort Frances on Tuesday, Rickford stated that opportunities remain for companies such as Kasper to "fill gaps" and "there's still an opportunity for the private sector and ONTC to make bus service complete" in northwestern Ontario.

Wabinski said information disclosed in ONTC's financial reports show that "it loses $60 million a year of taxpayer funds," and that its service is subsidized at an average rate of $248 per ticket.

"It is highly unfair that the government is using taxpayer money to run competition out of town. At bare minimum, they should be mandated to operate at break-even," he said.

Wabinski said he's also concerned about how "sensitive information" his company provided as part of an application to the  Northern Ontario Heritage Fund Corporation has been used. Some information was also provided to government officials, he said.

"For the last three years, they've been collecting information from us, promising cooperation. Then, without consulting us, they bring in government-subsidized buses, to run existing operators out of business."

Wabinski said that despite his disappointment with the outcome, he plans to continue to operate.

"I don't know what effect this is going to have on us. It could have a bad effect, it could have no effect. Time will tell. We'll have to do our best to maintain our market base" by fighting for customer loyalty, he said.

Wabinski said 40 jobs hinge on the survival of Kasper Transportation, adding "I'm going to be here for my staff and for the region. I'm not just going to fold up and go away."

Pointing to the difficulty private operators face under a provincial licensing regime that restricts them from making changes to their operations, he suggested it's time to deregulate the bus industry to let the market decide who survives.