North Bay council to province: 'Give us a date' for passenger train return

Councillors look to Ottawa to pitch in with subsidies in restoring passenger service cancelled in 2012
Jan 27, 2021 4:00 PM By: Stu Campaigne 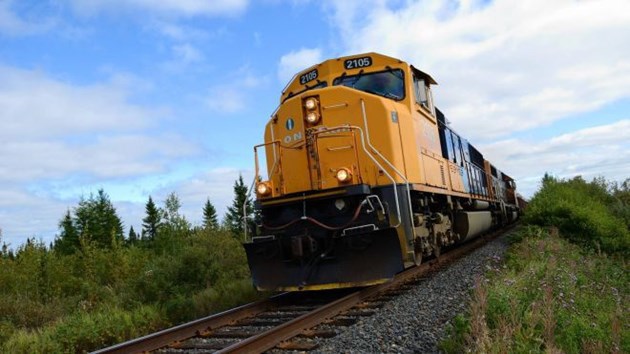 North Bay municipal politicians have unanimously carried a motion encouraging the Ford government to honour its election promise to get the Northlander passenger train back on the rails — now, respectfully, they'd like a timeline.

The vote was taken during Tuesday evening's virtual meeting of North Bay City Council, showing support for a motion tabled by Coun. Mac Bain and seconded by Coun. Dave Mendicino.

"By supporting this resolution," Bain told his colleagues they are saying to the Ontario government, "'Give us a date.' By not dragging this out past their current mandate, by making a decision on how and when it's going to be brought back."

As far as fulfilling the campaign pledge to restore the Northlander, Bain observed, "To date, there has been a little bit of work done. They are presently doing a track audit to see what it would cost and how passenger rail could be brought back to the north."

Bain also expanded the scope of the motion during the meeting, asking the federal government to assist in funding the annual expenses of the Northlander and Polar Bear Express.

"Asking the federal government to help subsidize the cost of bringing back the Northlander is, I think, vital. They did, at one time, fund from Toronto to Cochrane, and they stopped that," said Bain. "Especially the Polar Bear Express. From Cochrane to the James Bay coast is not a tourist train any longer — it's a commuter train for those who live on the coast to get to Cochrane and to the rest of the province. It's a vital link."

Mendicino agreed with the mover, adding "the whole scenario would be bolstered if the federal government would come to the table again and help fund the Northlander — which they have done in the past."

An issue unlikely to face much opposition from around the table met none and the biggest concern among the members focused on whether or not they were acting disrespectfully in asking for a timeline for the restoration of the passenger train that once serviced the Toronto to Cochrane corridor.

Coun. Mark King admitted he had some early reservations about the motion and wondered if they were "poking the bear," by moving it along while the government is preoccupied with its response and management of the COVID-19 pandemic.

"Over the years, we've learned poking the bear can lead to hard feelings," when dealing with the province, said King.

Deputy Mayor Tanya Vrebosch dismissed concerns the motion might be construed by the provincial powers-that-be as "disrespectful."

"I'm hoping the province will take it as respectful and understand our position," she offered. "They only have a year-and-a-half before the next election."

As far as subsidies from the different levels of government, Bain advised he "can't think of any transportation systems in the province that make money. We subsidize North Bay Transit. Metrolinx and the provincial government subsidize GO Trains."

Bain added, "It's imperative," the provincial government keep their word and bring back the Northlander."