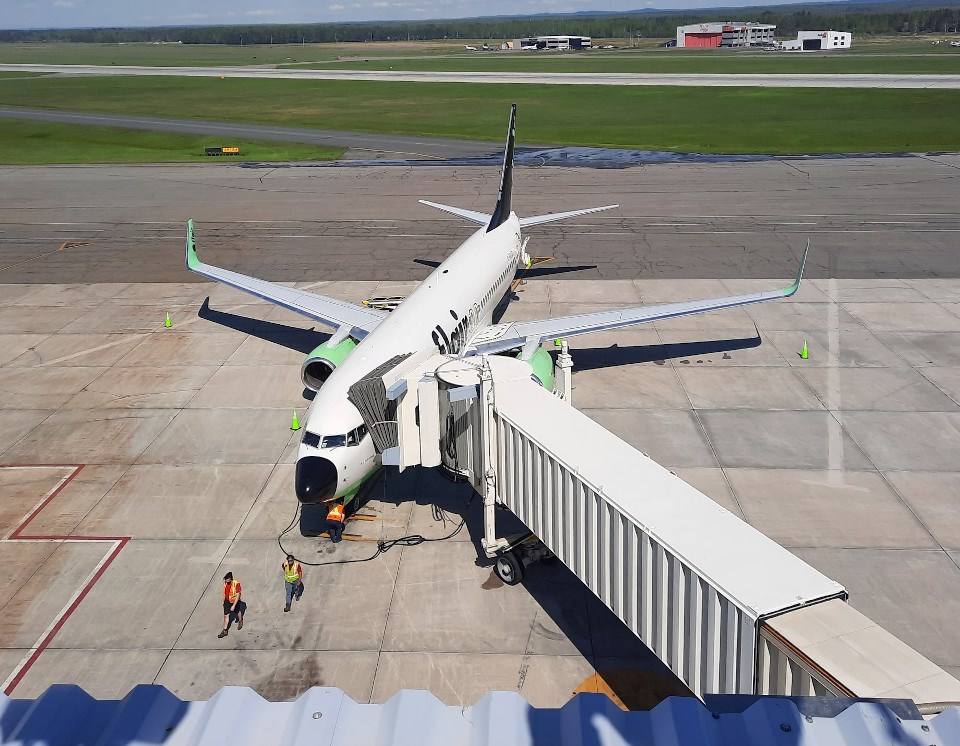 Flair's Boeing 737 aircraft was greeted on the apron at Thunder Bay Airport with a water cannon salute.

The airline's arrival in the northwestern Ontario city is part of a cross-Canada expansion to add 19 destinations to its board in 2021, including to Ottawa, Kitchener-Waterloo, Halifax, Saint John, Charlottetown, Victoria and Abbotsford, B.C.

The carrier launched in 2017 with the intention of filing the gap created by mainstream airlines that pulled service from regional markets. Flair operates out of hubs in Toronto, Winnipeg and Vancouver.

Flair, which bills itself as Canada’s only independent ultra low-cost carrier, and is adding new Boeing 737 Max 8 aircraft to its fleet of Boeing 737-800 in preparation for a safe restart of domestic air travel this summer. The new planes are being outfitted with 189 seats in an economy configuration.

The carrier is now taking bookings to and from Thunder Bay on its website.