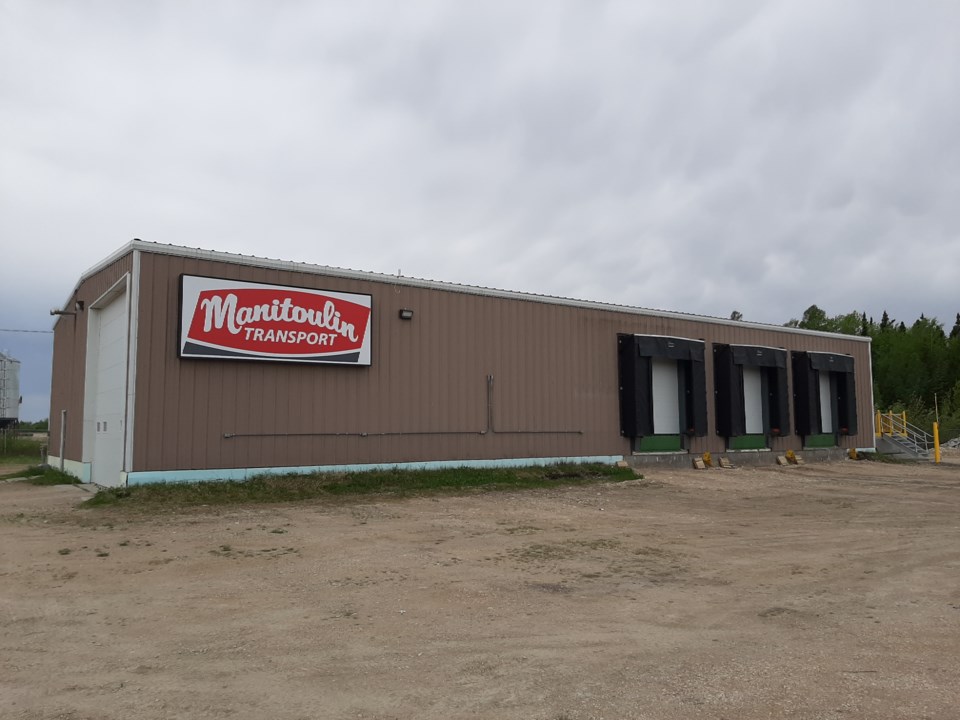 A newly built terminal in The Pas, Man., will help Manitoulin Transport meet growing customer need in the central part of that province.

The Northern Ontario-headquartered trucking company announced the opening of the purpose-built facility on June 3. It replaces an existing terminal.

Increased dock space and temporary dry storage capabilities at the new facility will better accommodate an increasing number of shipments to and from communities including The Pas, Flin Flon, and Snow Lake, the company said. There's also enough space at the location to accommodate customers’ future needs.

Manitoulin Transport president Jeff King said construction of the new terminal demonstrates the company’s commitment to The Pas, and to small communities in general.

"Manitoulin was founded in a small town, and we have always been acutely aware of the important role they play in the flow of commerce across Canada,” he said in a news release.

“Only by providing coverage across smaller communities and urban areas can a transportation provider be truly national.”

Manitoulin Transport’s home community of Gore Bay, situated on the west end of Manitoulin Island in the upper part of Lake Huron, is home to fewer than 900 residents.

“We will continue to provide smaller towns with access to the same reliable service offerings, technology, various types of transportation equipment, customer service, and dedicated sales representatives that we do in larger urban areas,” King said.

“Also, we will continue to expand our offerings in smaller communities as customer needs dictate. The Pas, Snow Lake, Flin Flon, and Creighton are all serviced overnight from Winnipeg and Brandon."

The company said that, as an additional gesture of commitment to the community and in keeping with its practice of giving back, it would donate funds to three local organizations: Oscar's Place – The Pas Homeless Shelter, Snow Lake Family Resource Centre, and Lord's Bounty Food Bank in Flin Flon.

The company was launched in 1960 by Doug Smith and remains a family-owned and -operated company.

Ontario Northland names new transportation VP
Jun 29, 2020 8:00 AM
Comments
We welcome your feedback and encourage you to share your thoughts. We ask that you be respectful of others and their points of view, refrain from personal attacks and stay on topic. To learn about our commenting policies and how we moderate, please read our Community Guidelines.