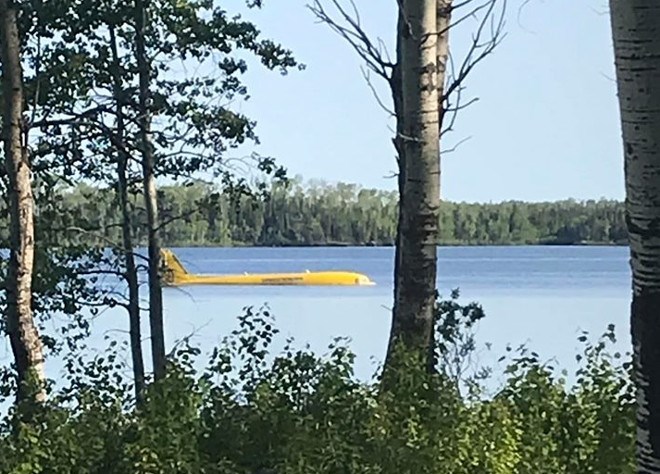 The flight crew of a downed North Star Air aircraft are in good condition following a crash into a lake near the Far North community of Eabametoong (Fort Hope) First Nation.

The company said no passengers or cargo were aboard.

“The Transportation Safety Board and Transport Canada have been notified and will be leading the investigation in determining the cause. North Star Air will be cooperating fully with their investigation.

“We are blessed that the flight crew was not injured in the event. We also want to extend our sincerest thanks and appreciation to the community of Eabametoong and the local NAPS detachment.”

The fly-in community of Eabametoong is 300 kilometres north of Thunder Bay.