Marine cargo tonnages through Thunder Bay running at 10 per cent faster pace than 2018
0
Nov 7, 2019 8:30 AM By: Northern Ontario Business Staff 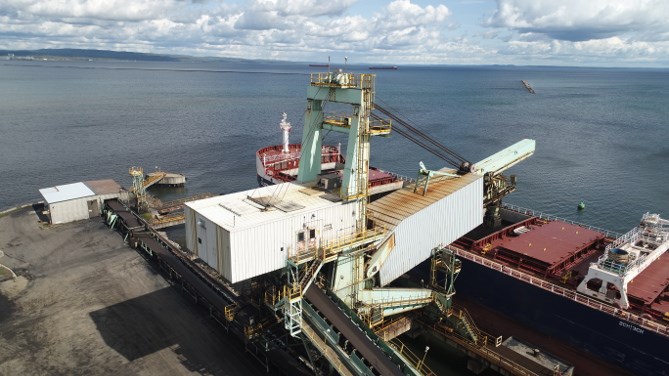 October saw a surge in coal and potash shipments through the Port of Thunder Bay.

In a news release, the port authority said the increase in those two commodities, both mined in Western Canada, has the western Lake Superior port running at a 10 per cent higher clip so far this year than during the same period in 2018.

To date, 6.9 million tonnes in cargo have come through the port during the 2019 shipping season. Coal and potash shipments are two and three times higher than normal levels, respectively.

Those cargoes are destined for other destinations around the Great Lakes or head overseas.

The port authority said Manitoba-grown canola cargoes loaded aboard saltwater ships are at an "all-time high" at just under half a million tonnes.

Agriculture and Agri-Food Canada is projecting a strong fall harvest, the port authority said, but there's cause for concern as the shipping season winds down, as poor weather has led to harvesting delays and some crop downgrading.