The search is on for a new operator to take over a Sault Ste. Marie-to-Heart passenger train service after Canadian National Railway (CN) announced it will cease operations on July 15.
Jul 10, 2015 7:01 PM By: Ian Ross 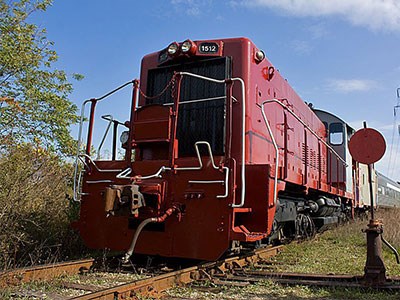 The search is on for a new operator to take over a Sault Ste. Marie-to-Hearst passenger train service after Canadian National Railway (CN) announced it will cease operations on July 15.

sThe search is on for a new operator to take over a Sault Ste. Marie-to-Hearst passenger train service after Canadian National Railway (CN) announced it will cease operations on July 15.

The repeated inability of Railmark Canada and its president-CEO R. Allen Brown to obtain financing led CN, the track’s owner, to finally terminate the service.

The same issue cropped up in June, forcing CN to step in and take back a popular sister service on the same line, the Agawa Canyon Tour Train excursion, from the hands of Railmark after a satisfactory agreement couldn’t be reached.

For the Sault Ste. Marie Economic Development Corporation (EDC) and a regional stakeholders group, it’s back to the drawing board with a full-out scramble to find a replacement operator during the height of the summer tourism season.

Sault Ste. Marie EDC CEO Tom Dodds said they’ll be meeting shortly with CN and Transport Canada – the providers of a $5-million/three-year rail subsidy – to decide on an immediate course of action and put out a “highly expedited” request for proposals process – for the second time in less than a year – to find a replacement operator.

“Our objective is to get a reputable operator on that line as fast as we can.”

He couldn’t put an approximate date when a replacement carrier will be in place.

Railmark Holdings was CN’s hand-picked choice in March to run the service after a request for proposals process was initiated last fall. CN had repeatedly made it clear it was not interested in running a passenger or excursion service.

But the Wixom, Mich. company, who bill themselves as specialists in railroad operations, track maintenance, freight logistics and railcar repair, has turned out to be a less than turn-key operator.

Despite Brown’s faith in his own ability to run both the passenger service and tour train, Dodds said his confidence in the Michigan businessman began to wane in recent weeks when he was unable to obtain a line of credit from any lending institution.

An earlier financing agreement Brown had arranged with lenders collapsed April 20, forcing him to start from scratch.

“We wanted to know that this guy had a line of credit or some working capital,” said Dodds. “There was no evidence of that.”

Transport Canada was reluctant to flow funds to Railmark, offering only to release it through the City of Sault Ste. Marie, an arrangement and a liability that civic leaders were reluctant to take on.

Eventually, Dodds recommended to city council in June that they not sign an agreement with Railmark and to explore other options.

The passenger service runs three times a week, making unscheduled stops to pick up and drop off cottagers and outdoor enthusiasts at points and lodges along the length of the 470-kilometre long line. The service has run for more than 100 years.

The various operators of the service, from the original Algoma Central Railway to Wisconsin Central and Canadian National, have relied on an annual government subsidiary to sustain the service since 1977.

It was put in jeopardy when Transport Canada advised CN in November 2013 that was revoking the annual $2.2-million subsidy, ruling the service was no longer eligible.

After a regional outcry over CN terminating service in early 2014, the subsidy was restored for one year, followed by a new $5 million over three years funding package announced in April.

With no federal money flowing, Brown had been funding the operation out of his pocket during May and June. During that period, Dodds and stakeholders noticed service under Railmark’s watch had remarkably worsened and was sporadic.

“You could go canoeing and have no assurance that the train would show up for days,” said Dodds.

“That’s not the program we signed up for and for Transport Canada as well.”

For this next round of procurement, Dodds hinted that the EDC and a passenger train working group of stakeholders will demand more of a say in choosing a new operator this time.

“Let’s put it this way, at the end of the day they (CN) own the rail line. We’ve gotten to know these guys well, but (let’s) not assume that a multi-national transport company has done the best due diligence that can be done.”

The last procurement process attracted 25 proposals which were shortlisted to four, with Railmark being CN’s selection. Dodds remains pragmatic on what viable carriers may be out there.

“At the end of day, the choices were limited. There wasn’t another operator that has had experience in doing this kind of service before.”

But in recent months, new queries have since filtered from new players with potential. “I’m hopeful,” he said.

Still out there is a sizeable Transport Canada subsidy which may lure in a more reputable operator this time, compared to last, said Dodds.

“We have a commitment of federal dollars that we didn’t have at the time.”