Activity picks up at Port of Thunder Bay 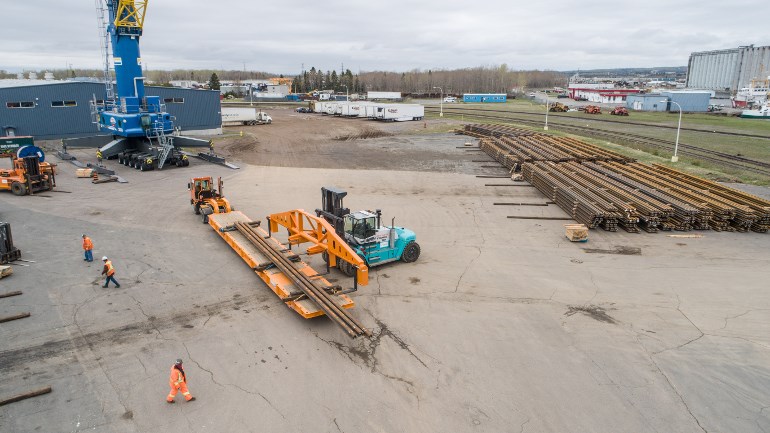 The Port of Thunder Bay reports strong cargo movement at harbour terminals through the end of September.

The year-to-date shipments through the western Lake Superior port are 5.9 million tonnes, nine per cent ahead of last year’s pace.

In a news release, the authority said grain shipments have trended upward this season as a result of increased canola deliveries from Western Canada being shipped to Europe. Total canola volumes are two-thirds higher than last year.

The cargo tally during the month of September reached 1.1 million metric tonnes, about 20 per cent higher than during the same month in 2018.

The port authority said an increase in coal shipments has helped to offset a return to normal volumes of potash this season.

Meanwhile, a spike in the other dry bulk figure is largely due to deliveries of salt for winter maintenance of regional roadways.

Keefer Terminal handled two shipments in European-made steel rails during the month. The rails are destined for Western Canada.

Dryden lands new airport manager
Feb 3, 2020 12:12 PM
Comments
We welcome your feedback and encourage you to share your thoughts on this story. We ask that you be respectful of others and their points of view, refrain from personal attacks and stay on topic. To learn about our commenting policies and how we moderate, please read our Community Guidelines.